And Hollywood should take note

Share All sharing options for: The Planet of the Apes series is quietly showing the world how to reboot a franchise right

The trailer for the third film in the modern Planet of the Apes reboot, War for the Planet of the Apes, was released earlier this morning, and based on this admittedly early impression, the story will build on the rapidly escalating conflict between the apes and humans from the first two films. In sum, the trilogy that began in a world like our own, will end in an apocalyptic battle between humans and the other primates over what remains of civilization. In the sea of other series reboots, prequels, and retcons that is the world of popular cinema today, the War trailer is the latest evidence that the Apes reboot is doing a remake the right way: quietly and without much fanfare.

So far, there have been two movies in the Apes series: 2011's Rise of the Planet of the Apes, which established the backstory of how an ape-dominated world like the one seen in the classic 1968 Planet of the Apes could have come about, while also offering a far more thoughtful and emotional take on the material than its somewhat campy source material. The sequel, Dawn of the Planet of the Apes jumped 10 years into the future with a new set of human characters, and detailed the individual inflection point where the uneasy truce that had formed between the apes and humans devolved into a battle. War for the Planet of the Apes seems to take the next step, showing how that conflict from the previous movie is ascending into outright war between mankind and the apes.

The progression of the Apes franchise causes it to stand out

Taking aside the fact that the previous Apes films are just excellent pieces of pop cinema in their own right, it's the progression of the franchise that causes them to stand out compared to far more popular cinematic universes like Marvel, Star Wars, or the current evolution of Harry Potter.

Marvel's movies have a tendency to reset its toys back to the status quo to prepare for the next film, while Star Wars looks to be telling a series of unconnected spinoff movies to build out it's franchise. Each entry in the Apes series is crucial to the whole, and moves the chains down the field toward a defined endpoint. Lead characters die and they stay dead. Entire cities collapse, and they never recover. Unlike Star Wars, Apes isn’t burdened by established canon, and unlike Marvel films, each entry doesn’t need to work double-time, carrying scenes that exist for no other reason that to introduce heroes and villains who will eventually get spinoffs.

Apes is the rare reboot that not only elevates the story it's based on, but also elevates the premise. Rather than maintain a never-ending status quo of conflict, the creators committing to a question that, to be answered, demands big moment of change. How did life as we know it become the ape-run civilization of the iconic and first Planet of the Apes film?

The Apes reboots are still relatively low profile as a franchise

And yet, for all of the things it gets right, the Apes reboots are still relatively low profile as a franchise. While the first two films were financial and critical successes, they lacked the same cultural following or attention that other, less acclaimed reboots like the Disney’s live-action remakes have received. For example, Disney’s Maleficent — by all accounts a passable, if unambitious twist on Sleeping Beauty — handily crushed Dawn of the Planet of the Apes at the summer 2014 box office, and continued a series of live action versions of Disney classics that remain popular today (the recent Beauty and the Beast trailer is the most watched in history). The Apes films still haven’t had that level of popular breakthrough. Perhaps because the series greatest strength is, in this way, its weakness. There simply are fewer films, and thus fewer opportunities to build interest. 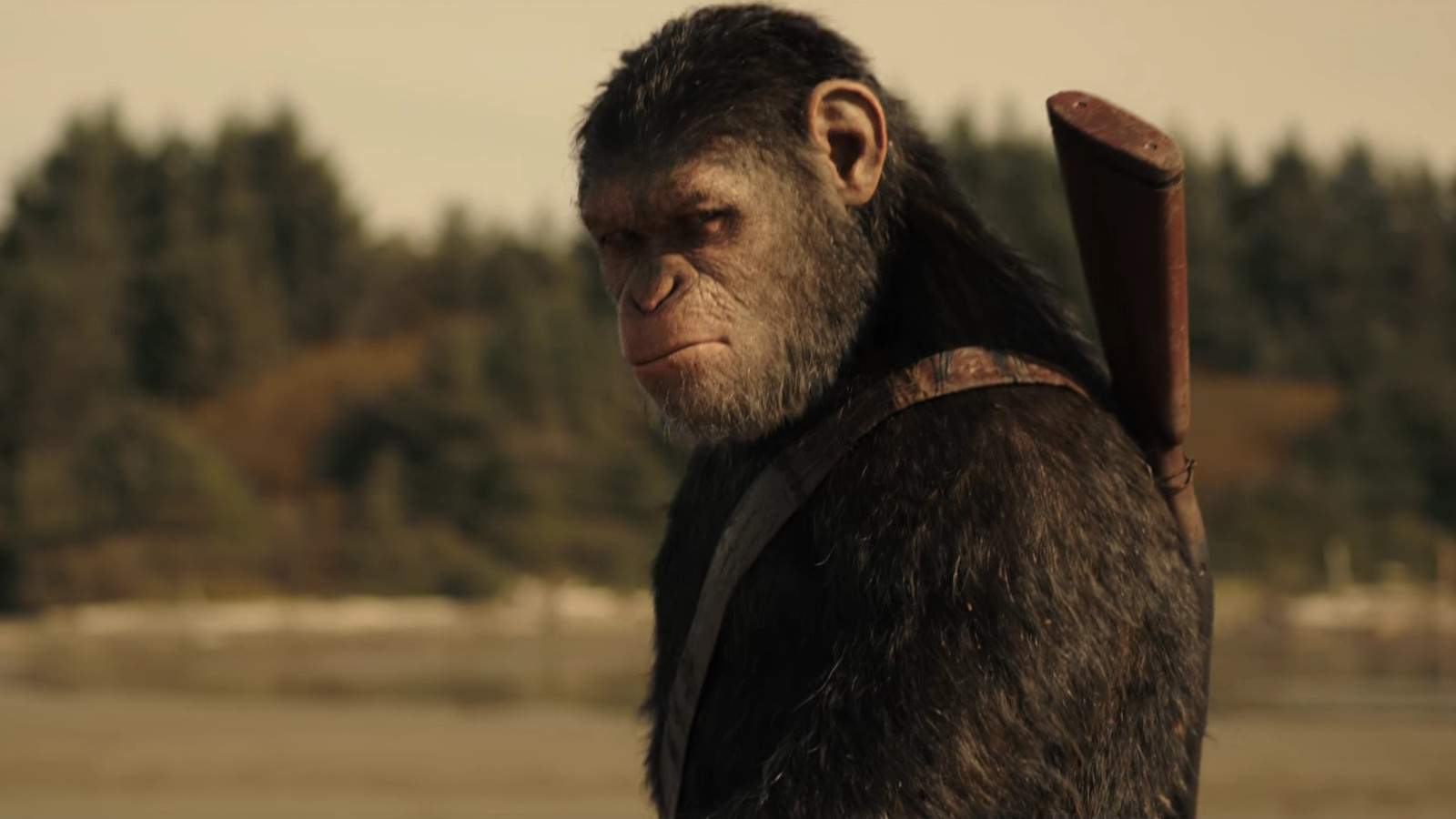 ‘Nature has been punishing us ever since’

It will be fascinating to see where the Apes franchise goes next if War for the Planet of the Apes succeeds to the same level as its predecessors. In a conversation with /Film director Matt Reeves and producer Dylan Clark commented that they view the fact that the Apes franchise has a set finish line to reach as a positive, and that the pair is already thinking about ideas for where the story could go next on the journey from Ceasar's apes now to those we see in the original Planet of the Apes.