Spider-Man on PS4 has an amazing and hilarious photo mode

Share All sharing options for: Spider-Man on PS4 has an amazing and hilarious photo mode

It’s becoming a tradition that big PlayStation 4 exclusives all have robust photo modes that really let you mess around with images in fun and interesting ways. Games like Horizon Zero Dawn, Uncharted: The Lost Legacy, and God of War not only let you adjust the colors and angles of a photo, you can even tweak facial expressions and body gestures. It’s pretty hilarious making Kratos smile.

With Marvel’s Spider-Man, which launches on the PS4 today, the developers have gone a step further with the addition of frames and stickers that let you craft wonderfully goofy comic book scenes. It’s a lot of fun, and it’s a good excuse to keep playing even after you finish the game.

The tool has most of what you’d expect from a video game photo mode. You can move the camera around freely to get just the right angle, and you can even take Spider-Man out of the shots completely to get a clear view of New York City. Sadly, you can’t alter his facial expressions due to the pesky mask, but the mode is pretty powerful. The detail of the city combined with Spidey’s acrobatic moves means you can get some stunning imagery.

That’s great, but the real fun comes from the character’s comic origins. There are a number of filters that give images a hand-drawn feel and frames that add to the effect. You can put Spidey on the cover of the Daily Bugle or an actual issue of the Amazing Spider-Man. Most significant is the addition of stickers: you can add word balloons, sound effects, and more. Here are two examples of the same shot; one is rendered with a VHS filter, and another is gussied up to look like a panel from a comic. 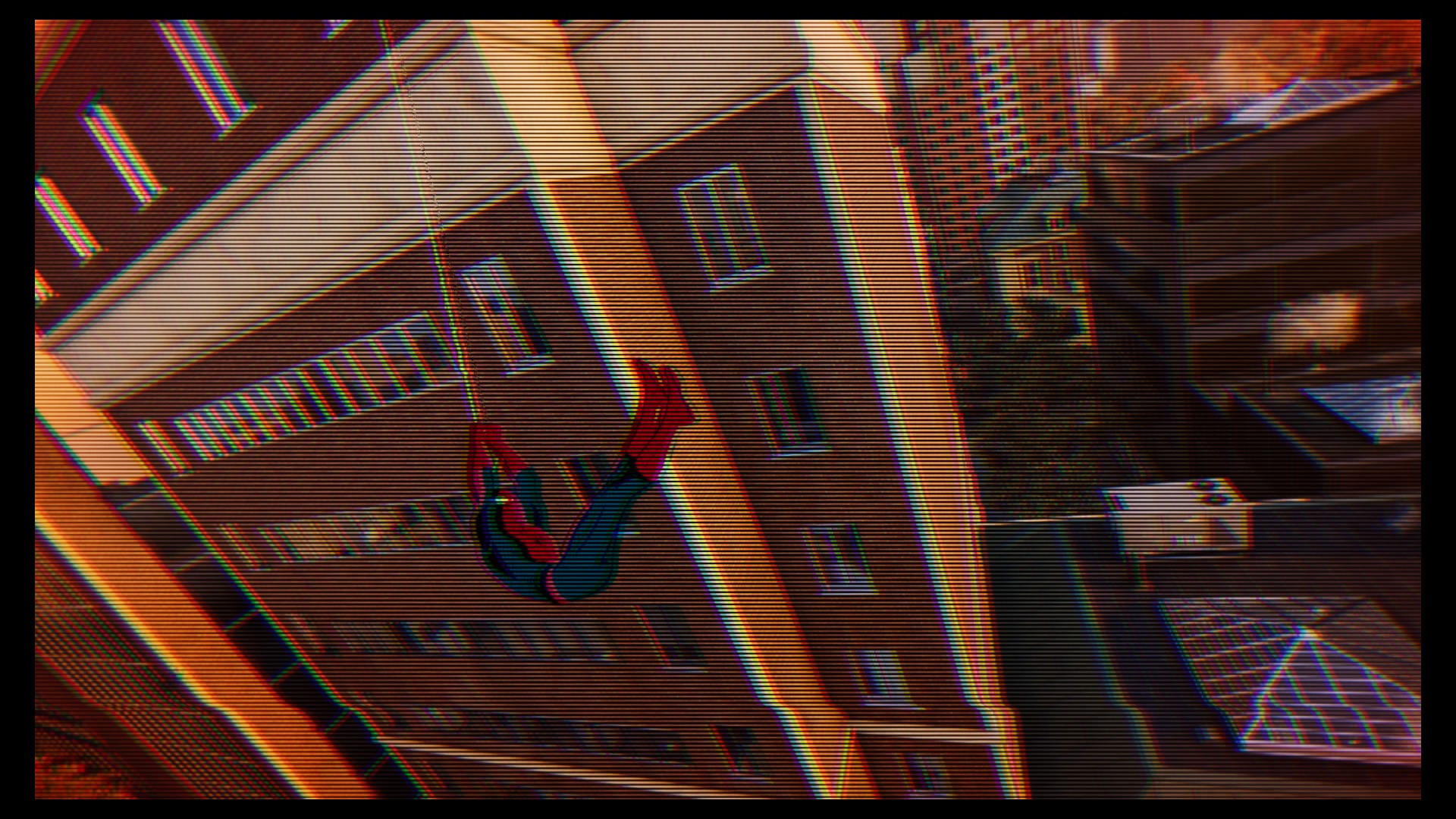 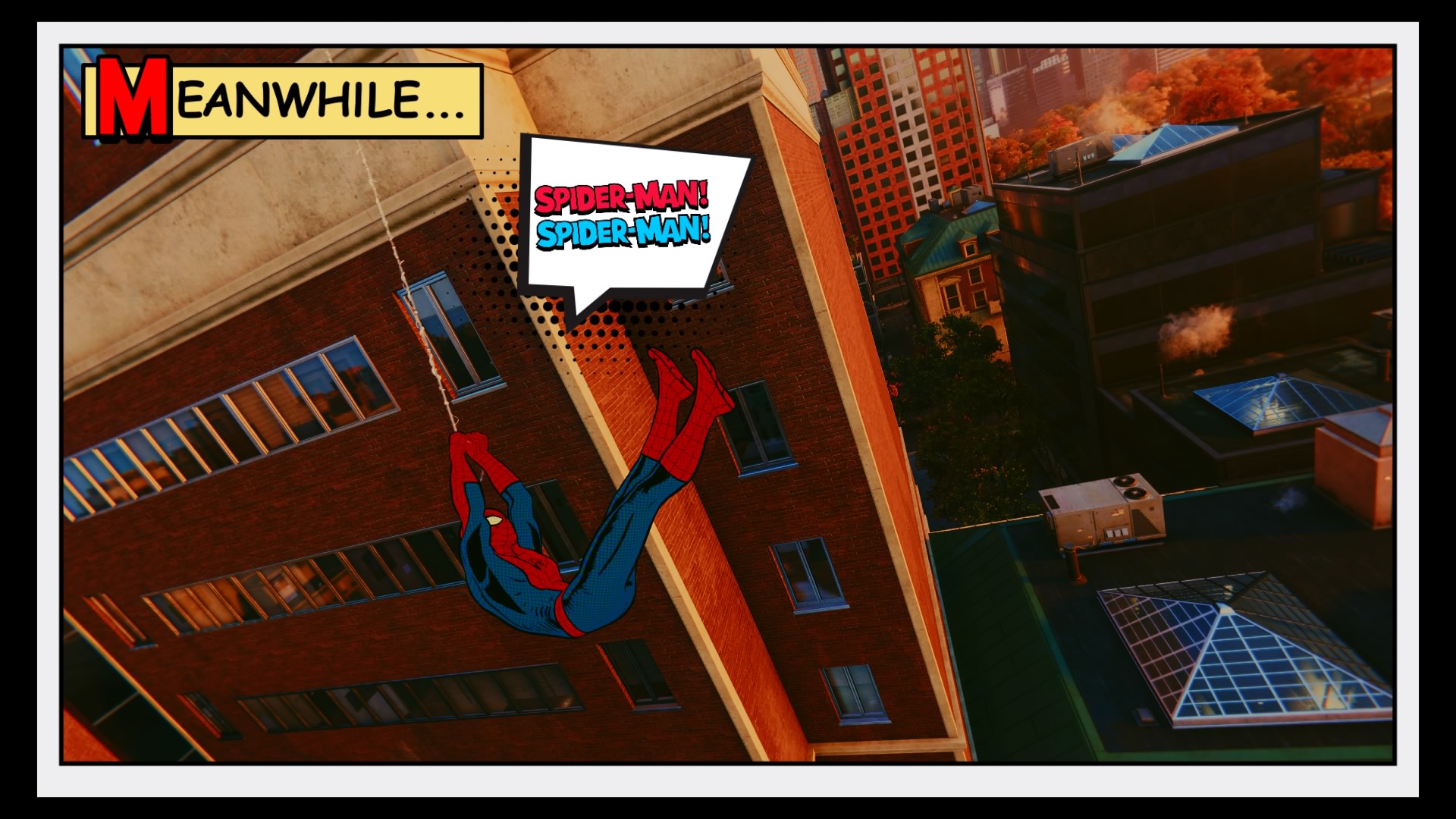 You could also mess with J. Jonah Jameson:

Or you could just protect the privacy of the criminals rampaging the streets of New York:

I’ve already wrapped up the main storyline as part of my review of Spider-Man, but the photo mode gives me another reason to stick around. I absolutely love the feeling of zipping around New York, and now I have another reason to do so: not to find the copious amount of collectibles hidden around the city, but to find the perfect shot. It also gives me a much better reason to unlock all of the various Spidey suits in the game so I have more options for pictures.

And if an escaped prisoner tries to set me on fire? Well, that’s just an excuse to take out the camera.

Spider-Man on PS4 makes you feel like a superhero