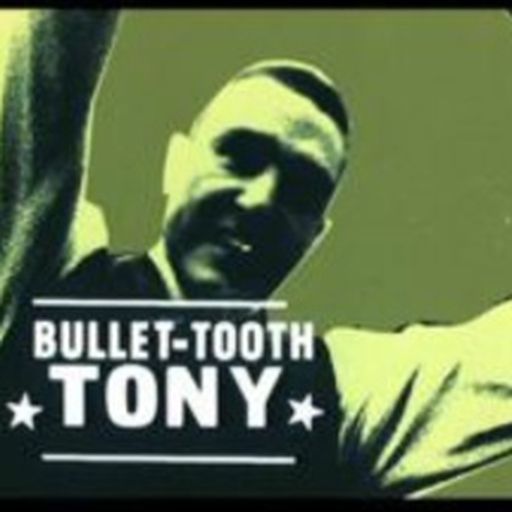 You can call me Susan if it makes you happy.

I know it isn’t this precise set of headphones (model number I mean, these are from the 2000s), but this style headphone was by far my favorite and it brings back tons of memories. If I were to throw a year out there, maybe 1995? You wouldn’t have been able to convince me any over-ear headphone was better, the love was real.

The "on every boombox in the 80s and 90s" button. Always pressed in…

The TV flips between resolutions and goes black momentarily. Also does it when going from SDR to HDR, or between HDR formats. Some with ALLM have popups that come every time too that let you know it’s running.

It’s written as Freman throughout but it’s 2 E’s in there. Fremen. Just a little change and please feel free to delete me.

I think the Witcher 3 just got rated for release – since it’s also coming out again as a standalone product for the new systems. I feel like they pushed this behind Cyberpunk on purpose – they hired an outside company to remaster the Witcher.

Yes I do. CF Express, which kinda marries well to the super fast SSDs they highlighted.

Because it’s more than a single-purpose charging port??? Was that a serious question?

Yes, of course. But since you can charge with USB-C it isn’t really additive, it’s redundant.

A bigger monitor? Adding in function that laptops leave behind because they’re laptops and you knew that when you bought it? The purpose of a laptop is to be able to use it in transit between home bases. Not to sit on the couch all day.

You’d need 1 dongle if the SD Card reader wasn’t there. Thunderbolt —> HDMI is 1 cable and that’s a wash if you’re carrying an HDMI cable.

They should call the company Cyrillic Alphabet.

I’d like to see them throw up a comparison to see if it truly makes a difference — I can definitely see the 2 minutes thing being problematic if you start off something and just toss it aside to the "not for me" pile… but is it that large?

Well, sometimes I use this Apple Watch charger that blocks it’s neighbors.

No real excuse, I know what I’m doing when I plug it in. Just answering your question, nothing more.

But, given the daisy-chaining capabilities of USB-C, and more specifically Thunderbolt — what am I doing that truly requires more than 1? Nothing other than managing my sanity, really. The SD Card is slow and damn near close to useless. The HDMI port is definitely useless. Thunderbolt ports are endlessly useful.

I disagree with this quite strongly. It’s been 5 years. Anyone that had one in this span has the accessories to support it – at a minimum a dock that has everything we supposedly gained. We lost function with the absence of the 4th Thunderbolt port. SD Cards are approaching obsolescence now with CF Express. HDMI 2.0 in 2021 is… why? Your Thunderbolt (TB4 even!) ports are going to support better standards than that and for much longer. Magsafe is cool and all, but I can just plug in my USB-C on any side, in any port, and go.

If anything, Apple is going to have to admit now that THIS was wrong, and they were correct all along and re-introduce all TB ports once again. They’re now going to demonstrate waffling.

I’ve been begging for the dedicated home team option for a long time. Even at the price of a full season for the whole league, it would be a steal. These 3 leagues have regular seasons that roll 6 months of the year, it’d pay for itself after like 2 months of no cable.

I’m pretty sure Coca Cola has great cachet in hardware. The Freestyle machines are incredibly well received. Coca Cola makes a lot of hardware, from the fridges/coolers bottles are displayed in to fountains.

They, too, have strong brand loyalty at Google. They just don’t have that cachet in hardware.

commented on Google has tried everything but building the best phone, Oct 19, 2021, 9:56am EDT

Probably pretty quick. They already position the Intel and M1 as stackable servers.

Thinking about this more, the price of the Max likely would bring the Mini to comparable ranges as the Pro and they probably don’t want to blur those lines yet.

That’s no line in any sand, it’s the Atlantic Ocean in one direction and the Pacific in the other.

Well, your replies have devolved into a debate and nobody seems to have attempted to answer.

The standard Mac menu bar/task bar runs along the top and has always been gray and largely devoid of… anything. You have stuff in the upper left for your menu items, and upper right for different telemetry. Having a chonk in the middle really doesn’t interrupt anything. If you’re running apps as windows, it’s just there doing the same thing, it’ll add in contextual choices to the upper left for the active app, that’s about it.

Now, go full screen on an app (green light) and the menu bar is hidden – prior to this and with this – but it seems like that part of the screen is "extra" just like that part of an iPhone screen, and as such they’ve blacked it out in full screen so the top of your window hits the bottom of the notch (this is based on screenshots shown). It might even be such that the height of the menu bar perfectly aligns to the height of the Mini LED row, so they can have those entire rows shut off and get near perfect black across it.

This was about some hardware, not OS11 or the one-week-away OS12. We’ve already known their feature sets for 18 months on one, and just short of 6 months on the other. No surprises, there’s no support for touch because the OS isn’t built for touch…

Biggest announcement for me was when they said "we’re out of our minds." by not announcing an M1 Max Mac Mini.

Yes, you can change a username. And "crunk" was a thing in like 2003. It’s almost old enough to be nostalgic.

Certainly can’t dismiss it… but I think it’s a junk rumor. If we’re getting the same general case size, going up 1" in screen size still leaves bezel enough for any kind of Face ID they’d want to use, just like the iPad.

The meaning behind it… no.

The usage of the emoji and in so much repetition denoting the size of the red flag (more equals a bigger sign)… maybe. This is clearly what the statement means, not that a "red flag" as a warning sign is something they created.