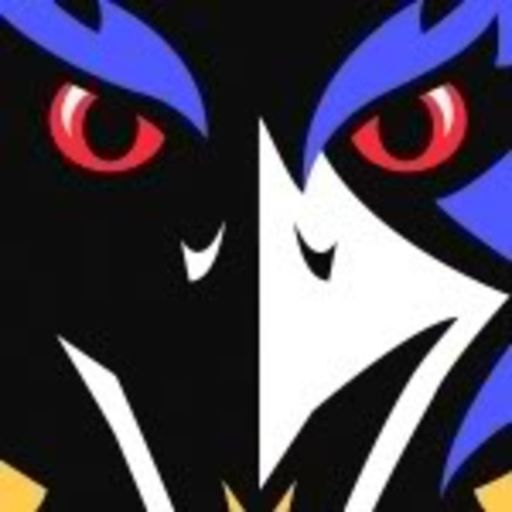 _Refurbished_'s comment on Verizon customers’ bills are going up starting in June for... reasons,

People just want to know the price they are going to pay upfront so they can make a decision on their purchases and subscriptions without a calculator, mental math, scouring fine print, or feeling like a business is hiding the true price from them and playing them for idiots.

I would be in favor of "The price is the price" laws where the advertised price must include all surcharges and grauities. Maybe the one exception to that could be sales tax, but if that exception is in there, it just be crystal clear that it is only sales tax that they’re allowed to not include in the listed price- not passing on a surcharge for any other taxes the business pays the government or something.

What cable companies and such do by having a huge portion of their price be surcharges for things that should be included in the regular price while advertising a lower regular price is an attempt to trick people into buying things they otherwise wouldn’t want to buy or otherwise couldn’t afford. Then we wonder why everyone is in debt and defaulting on debt. People are being tricked and manipulated.

And if some business executive thinks their business’ surcharges and such aren’t tricky or manipulative, just drop them and add the base cost to whatever it is you’re selling. I mean, hey, if you’re not lying, you won’t mind doing that, right? It shouldn’t hurt your sales or new customer numbers if you’re not manipulating them.

Nicholi's comment on Verizon customers’ bills are going up starting in June for... reasons,

This is just getting worse and worse. First, there was that thing from five days ago, and now this. It’s like every scammy sounding annoying Internet thing you can think of rolled into your phone carrier.

Then you have to figure in that they are supposedly building out a network, but it’s only working in one city, with a rollout to more coming soon, but only enough to try to meet what they promised the government to have rolled out by that point, with an ultimate goal of covering 70% of the country’s population (Which they promised to do in 7 years from the date of the T-Mobile/Sprint merger approval) years from now, but understanding that 70% of the country’s population means mostly just covering population dense areas and leaving huge gaps in coverage relative to their competitors.

Oh, and you can’t buy that phone except in Las Vegas right now. Now you can buy phones that runs on other people’s networks and not their own. They seemed to have an agreement to run on Sprint’s old 3G network and T-Mobile’s 4G network, but the one is shutting down and the other is running into some sort of a business dispute between Boost and T-Mobile. So T-Mobile inked a deal AT&T. If you buy a phone outside of Las Vegas, it’s not future-proofed to definitely run on Boost’s coming 5g network, and, unless you’re smarter and better versed in what in the world is going on than me, it’s kind of unclear who’s network it actually runs on for everything else, and whether that’s the same network that’ll be available later or not.

I get that it’ll probably be a little less expensive than Verizon, AT&T, and T-Mobile, but with all the crap one has to put up with Boost, saving money with a traditional MVNO like Visible, Cricket, or Metro will probably be a better move for most people. Boost combines uncertainty with a lot of announced things meant to attract people to the network that instead seem likely to repel them (or maybe I’m just not the right demographic for the type of stuff they are doing).

commented on Boost Mobile will let you lower your phone bill by playing games and watching ads, May 15, 2022, 5:17pm EDT

I’d love to see Jodie Wittacker regenerate into a new iteration of David Tennant’s doctor just for a special and/or a few episodes.

One might recall that Tenant’s doctor did not want to die and actually once regenerated into himself (the only doctor known to have done so) before reluctantly later regenerating into Matt Smith’s doctor with Tennant’s final words being "I don’t want to go.".

At that point, Tennant’s doctor would realize that he has unfinished business in the form of getting Donna Noble her memories back in a way that won’t kill her, he’d figured out a way to do it, and he’d have an adventure doing it, and then maybe one last adventure with Donna.

Then he gets seriously injured, and is at peace with his impending regeneration, having come to the realization that he wasn’t just afraid of death the first time, he had unresolved guilt over what happened to Donna. With that situation cleared up and the guilt gone, he’s ready to go. We then would see Ncuti Gatwa’s debut as the result of the regeneration.

I also for a long time have felt that it’d be fun to see them do a series of episodes where the doctor keeps dying and regenerating into both past versions of himself and famous actors who generally would not sign on to play the doctor, or who would be unaffordable on the BBC’s budget, but who would be up for an episode or three in the iconic role at what the BBC can afford, with it agreed in advance that they will regenerate at the end of their episode or after a few episodes.

In theory, you could then see, you know, Jodie Whittacker becomes David Tennant becomes Patrick Stewart becomes Hugh Grant becomes Tom Baker becomes Christopher Eccelston becomes Meagan Markle becomes whomever else. When you’re out of high profile willing to do it, or it’s gone on too long and is played out, that’s when someone regenerates into a traditional "long term" doctor who’d stick around for a few seasons (as we call them in the US)/series (as they are called in the UK), likely played by a lesser known actor.

Since those last two paragraphs aren’t happening, I’m rooting for Tennant to be the bridge from the current doctor to the next doctor. It’d be fun. Alternately, he could play an incarnation of himself from before the first iteration of the doctor’s who starred on television, which people place him pre-memory wipe and allow us to restore the doctor’s hidden history.

Having Tennant play himself before he regenerated into Smith, encountering the present doctor via time travel, or just having a story about Tennant from the time period we know he was the doctor of record during, are probably the two most boring and predictable ways to do it (That’s how all the doctors come back for guest appearances- Tennant has even already done it that way himself.). Dreams and flashbacks are even worse because it’s a limited time and possibly non-canonical. As far as parallels universes go, I think Whovians would expect it to be the Tennant who gave up his Time Lordness to be with Rose in a parallel dimension, which would mean getting the actress who played Rose to make an appearance, and seeing Donna Noble back leads me to believe that’s not the way they’re going.

So, make Tennant the actual linear next doctor for an episode or two as the immediate successor to Whittaker, and the lead in to regenerating into the new actor they’ve hired. I think that’s the way to go.