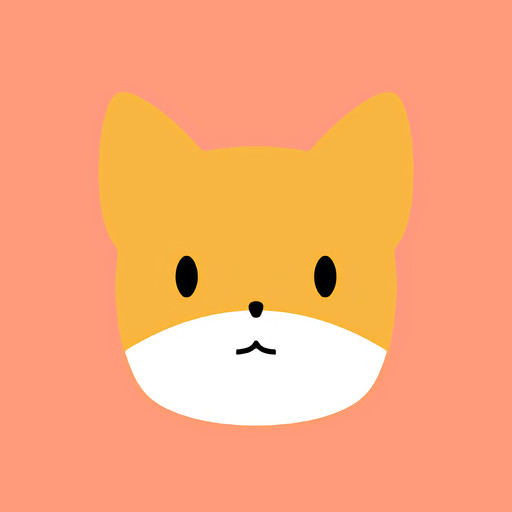 Crypto tears are so sweet

I’m sorry for anyone who is naïve enough to fall for these scams innocently (and with scams I mean NFT’s and crypto in general), but anyone who’s into it despite knowing how awful they are deserves it.

I know very well that there are many spoken languages in North America – especially when you count indigenous ones though they are not widely spoken unfortunately – but it’s also true that many in the US are limited to only english, and have little to no knowledge of other languages

It’s also true that the US are infamous for making their own versions of non-US movies instead of just showing them with subtitles (or dubbing them, can’t really understand why that doesn’t seem to be an option for a lot of movies).

It’s also true that in other countries around the world people are often bilingual at the very least (this is true in the US as well for minorities). I was learning two languages when I was 5, by 12 I could speak three, and that’s true for almost every child in Europe. In many European countries we watch TV in languages that aren’t those of our home country, when I was child I would watch French cartoons and read French comics, now that I live in Denmark I watch TV series in Swedish and Norwegian, and it is considered perfectly normal.

Besides, he’s the one complaining about an accent that isn’t even part of his culture x3
I’m just pointing out that it doesn’t surprise me after seeing similar reactions to non-US culture from US people online.

This reads like something written by a person whose experience with languages is limited to North American accents. I mean, in Italy you get different accents inside a single city, London has whole separate versions of English being spoken, in Denmark accents can be so different that a person from Sjælland won’t be able to understand a person from Vestjylland. You guys really loose something by speaking the same language and not being taught anything else in school.

Then again the US is the country that abhors subtitles to the point of remaking whole movies just to avoid reading or listening to something that isn’t US American (I’m looking at you Hollywood version of Druk). So I’m not surprised accents get this kind of reaction.

That’s a bit too much, more fun to make a program that solves a puzzle than to grab the solution.

commented on Wordle! and Wardle team up to donate proceeds from an unrelated app’s popularity spike, Jan 16, 2022, 1:53pm EST

I usually solve it normally and then try with the program, just to see which is faster.

commented on Wordle! and Wardle team up to donate proceeds from an unrelated app’s popularity spike, Jan 16, 2022, 1:52pm EST

C_McButterpants's comment on Wordle! and Wardle team up to donate proceeds from an unrelated app’s popularity spike,

Is it cheating if you write a program that parses the 234000 most used words of the English language and finds the most likely candidates given the known clues?

commented on Wordle! and Wardle team up to donate proceeds from an unrelated app’s popularity spike, Jan 16, 2022, 11:51am EST

You’re probably right. They just pump capital into it, let it grow unsustainably huge, then pull their capital out with interest at the first sign of inevitable stagnation and leave all the employees out to dry.

I still wouldn’t call that smart, just sly and sociopathic.

If a business isn’t sustainable it should not exist. If they were so stupid not to realise that their potential customer base was not infinite that’s on them.

The first thing you do when you create a business is find out how many customers you can have and how big the market you’re entering into is. They didn’t, and they didn’t develop a sustainable business model before competitors started showing up. Now it’s impossible for them to recover, unless their stockholders accept some losses but they will never do that because "only profit up good!".

Ah yes, the capitalist myth of infinite growth, forcing companies to squeeze profit out of everything to the point that they loose all customers to their competitors who can still grow by simply increasing their customer base.

Having met a number of CEO’s in my life, I’ve just come to the conclusion that the vast majority are just not intelligent enough to understand how real economy works. All they think is "profit up good!"

Meanwhile in evil Denmark we have had free, unlimited testing for everyone (both PCR and quick tests) since 2020. There are testing sites everywhere, you can book PCR tests online and choose a place and time, and you can just show up to get a quick test.

The longest wait time I have ever experienced was 30 minutes. Parents can also get at-home tests for their children, and all universities had test sites on campus at the eight of the pandemic (now the situation is not as dire, many more cases but only a fraction of the hospitalizations, so we reduced the number of testing sites).

Once again, it’s the car that decides in the moment, not the user. The decision in the moment is what matters here.

And no, the standard is the same: it’s illegal, period. There is no discussion, no way around it, if that car is going to perform a rolling stop then it is doing something illegal, and the legal problem arises from the fact the it was the car who decided to perform the manouver. The question is whether the beta label is enough to shield Tesla from responsibility.

The car would not simply be enabling an illegal behavior, it would actively engage in it.

The difference is that in this case it’s the car that drives, not the user. If the user manually increases speed and sets the cruise control above the speed limit it’s all on them, but in Tesla’s case it would be the car deciding to do something illegal.

I saw a comment on Twitter about this which feels like it may be true: they will never release a non-beta version because the fact that they say it’s a beta may free them from responsibility, giving it fully to the user instead.

Honestly, I don’t see how else it’s legal to do something like this. I mean, from what I understand of US driving law rolling stops are illegal, so if they want to avoid any repercussions from accidents the user would have to be the sole responsible party, and using the term beta seems like an easy way to say that the user knew the car could do mistakes and that it is their fault if they don’t pay attention to it.

Why pay $300 for a machine plus the alcohol and then some for each drink, all using plastic pods that will render your expensive mixer useless when they inevitably go out of production?

Just make the drink yourself if you really want one and don’t want/can’t go to a bar. It’s cheaper, more fun, and you get to learn something new!

Depends on the model, but usually when you reach the end the mouse moves directly to the edge of the screen (I imagine it simply sends the max movement value allowed by the usb mouse protocol since these devices don’t need drivers).

The model in the picture (which is the same one I use at work) lets you adjust the sensitivity with a button just under the roller, and there are 10 different levels, so it’s very easy to get it right where you want it.

It also has dedicated copy/paste buttons (I guess it emulates CTRL-C/V?) and a double click button. The roller acts as click too. And of course the scroll wheel plus button.

SuperNikeMan's comment on Gamers! Protect your precious tendons with this tabletop hand massager,

Never could like trackballs, and they kind of just move the problem from your wrist top your thumb. With a "roller" mouse (pic below) you can use your whole arm to move the mouse around while keeping your wrist and thumb still. It takes a while to get used to but they are amazing for comfort.

commented on Gamers! Protect your precious tendons with this tabletop hand massager, Jan 1, 2022, 8:20am EST

More than gamers (you should really not play so long that your body starts complaining), I see this as more useful for office workers. Though I have to say that after having some wrist problems from working with a bad mouse this summer, I solved them completely with a "roller" mouse our IT department got for me. Nothing fancy but it has worked wonders and I’ve had no pain ever since even though I haven’t really changed my work.

commented on Gamers! Protect your precious tendons with this tabletop hand massager, Dec 31, 2021, 5:52am EST

That’s different then. I still think the horn should only be tied to a horn-like sound (it can be important even while parked), but being able to use the external speakers is a nice addition while parked. Maybe it can be made safer by forcing a 5 minute wait in park mode before enabling it, and by checking the car location to make sure it’s not close to places like hospitals and highways (you don’t want an idiot start to use his car to shout during a traffic jam).

Road safety is not about fun, it’s about protecting your own and other people’s life.

The horn is there for emergency and to signal others, you can of course just grab a speaker and blast music as loudly as you want, but the horn should be recognisable as coming from a car or it completely looses its purpose.

Imagine you’re crossing the street and not notice a car coming at you, if you hear a regular car horn you immediately associate with a car, if you hear some weird music it won’t cause the same association and it may just prevent you from getting out of the way in time.

Wait, isn’t that illegal or at the risk of being illegal depending on the audio the user decides to add?