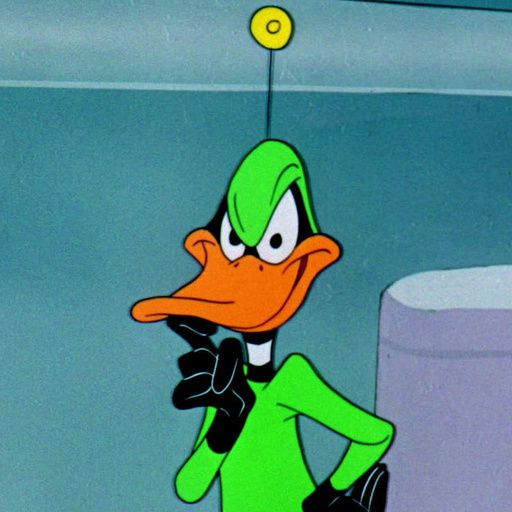 All kidding aside… humanity should not be allowed to escape the Earth.

Trump personifies my belief that there is no God, because if there was a God… benevolent or Layer of Waste… he would simply not allow for his existence, let alone unleash him upon his garden.

Now… extraterrestrial life… that theory is gaining credence with me.

"Sir… Sector G is about to go full sideways-shit-show."

That whole natural immunity thing is sketch. Not only do viruses mutate (different flu vaccine every year) but so do humans. A former coworker of mine (I swear I’m not making this shit up…) was roaming the halls one day at work looking for Aleve to kill some pain. Not long after, he had a SEVERE allergic reaction to it. I mean, I thought I was dropped into a fuckin’ horror movie as he began to blow up like the Michelin Man right before my eyes. "Dood… hospital… NOW." Weird thing is, he’d taken Aleve countless times before, but for whatever reason, that day, his body said no more.

And Lifebuoy is the worst, hands down.

I honestly don’t know what else they’re supposed to do. I must admit a certain amount of frustration with those in the healthCARE business who refuse to be vaccinated. It’s like a chef who refuses to wash his hands. Basically, you chose the wrong profession.

A volatile topic, likely better served under different circumstances, but some of my perspective.

The Right has an interesting take on human life. They vehemently defend the unborn while staunchly supporting the death penalty, gun rights, and the ability to use deadly force. It’s almost as if the birth canal is a portal into a war zone. But despite all the protesting and bible verses, it seems to boil down to nothing more than a hash mark in the Win column that the right is looking for, because what really changes if Roe falls? Do abortions stop? No, of course not, and that includes for those on the Right, who’ve had them and will continue to do so when they "choose."

That observation came from my coworker, who’s wife… thankfully but barely… beat COVID. He’s an honest guy and actually leans Right, so in MY eyes, there is no reason to doubt the validity of his statement.

As for your experience, all I can guess is while there was a spike, it wasn’t big enough to overwhelm the hospital(s).

A week ago today, one of my other coworkers died from COVID. He was on a ventilator for OVER TWO WEEKS, plus whatever prior hospital care. Everyone is entitled to treatment, but hospitals rightly rank patients by condition. If you’ve been in the waiting room for an hour with a broken arm and an ambulance brings in a gunshot victim, yer gonna wait a little longer. All this is obviously exacerbated by the number of COVID patients, the shortage of hospital staff (infected themselves or having passed from COVID… or left the profession due to burnout… or quit or were fired because they refuse to get vaccinated), and the sanitizing processes that need to be in place. Another factor is waiting room capacity. If the Fire Marshall labeled it at 100, it’s now likely 50 or less due to social distancing, and the hospital I was in had an armed guard on duty 24/7 to make sure all the rules were followed.

No. I don’t have that ability for detachment and wouldn’t last a month. My outer asshole hides a soft center.

What I wrote above comes from firsthand experience, either as patient or relation to patient.

One final comment. The medical care "system" in this country is HEAVILY biased to those who are well insured (read white and wealthy).

I and several of my coworkers can confirm this. People in need of care LYING ON THE LAWN outside of Emergency Wards, having their vitals checked periodically by nurses. It’s not necessarily constant, but oh yeah… it spikes to it.

I’ve a new neighbor who’s a specialized nurse. I haven’t seen her in over a month because she flies into "hot zones" where the local staff is being overrun. She gets FOUR TIMES her normal pay for this. Couldn’t pay me a million a month for that. I don’t have it in me.

I didn’t see mutation mentioned in any of the responses.

The Delta variant showed up about this time last year and ripped through humanity much faster than the initial virus. The larger the playground of unvaccinated, the more likely the virus mutates to Echo, Foxtrot, etc and possibly to a point beyond the protections of current vaccines.

This is the frustration of the "Socialist Left." The Right basically demands the right to a pre-pandemic lifestyle DURING a pandemic, all the while standing on their heads defending autonomy of their own bodies yet denying women that same choice. The irony is suffocating.

commented on Mark Zuckerberg has been added to a DC lawsuit over the Cambridge Analytica scandal, Oct 20, 2021, 1:07pm EDT

..that was me… I double-posted.

Yeah, I wasn’t very clear… I didn’t mean to imply Apple would sell their designs, merely that if they overbuilt the fab, allowing for future demand capacity, they could manufacture chips of someone else’s design in the shorter term. As the world gets more weird, it only makes sense to have reliable access to chips.

Apple’s cash reserve hovers around $200B. That’s more than enough by half to pay cash for one helluva fab, let alone finance options. It’s often said Steve was the visionary and Tim is the process guy. In the decade since Steve’s passing, Tim has grown the stock price over 1,000%. He saw the problems with Intel and now the global supply chain is holding Apple back. Buying TSMC, if they were allowed, would be an aggressive move. Building your own fab in country, no one can tell you no, it’s 100% your design, and it’s a shark fin in the pool, which is kinda’ Apple’s game.

I laughed, and then thought… "well shit, maybe…"

Well, you did mention AMD.

As for Intel, you typed it yourself… "right now."

A good CEO is rarely if ever concerned with "right now." They get paid to look forward, plan and execute for the betterment of the company. I’ve no idea what’s really going on inside Intel, but they’ve either been sitting on their assess or scratching them for far too long. Intel has a perception problem, and that perception is weakness.

Conversely, Apple has shocked the chip world, and I wouldn’t be the least bit surprised if in the next five years they break ground on their own chip fab right here in the U.S. If yer gonna design your own silicon, why not build it and get TSMC out of your pocket as well? If that happens, maybe APPLE is the one to sell chips to other hardware companies. With that kind of scale and income, Apple could sell a MacBook Air for $200 and make a profit.

First, I’m not a chip nerd. The last PC I built packed an AMD Slot A.

Second, the ONLY chips I care about are those in Apple products, and as far as I go there is… are they faster and more efficient and by how much? Which is also why I appreciate those silly simple charts. If chip nerds wanna get into the flip-flops and the jiggawatts and call Apple out for 9.785632x vs. the stated 10x, go for it.

Third, off the top-of-my-head… I can count NINE Macs I own with Intel processors. I don’t hate Intel or want to see them fail, but they lost Apple because they couldn’t innovate fast enough (which, lets face it… was in process for probably FIVE years… Apple didn’t pull the M1 outta thin air) and their having their lunch eaten by AMD on the PC side. Does Intel even make a 7nm chip?

So… yeah… they best get their shit together, because contracts end.

I said Intel… not AMD.

Names…charts… notches… who cares… Apple just tore the cover off the ball.

Intel is gonna be in the Ride Share business before long.

Semantics aside, where do you get your faith in humanity?

Yeah… well… Bezos isn’t a graduate of the Spicoli School of Business.

commented on WeWork’s infamous founder got HBO Max to tweak a documentary about him, Oct 14, 2021, 12:49pm EDT

I had a similar experience with a different company many years ago. It is UNBELIEVABLE how bad simple billing can be in the 21st century. And what’s really crazy… I used to work with a woman whose previous job was accounting/billing for a utility company. She told me it was a constant fight to get large companies with household names to pay THEIR bills. Kind of a "you’ll get when you get it if we decide to send it" attitude.

BulletTooth_Tony's comment on Charter asks ex-customers to resubscribe or risk their credit scores,

It’s not worth the hassle of turning a simple mechanical device into a piece of electronics that’s cursed with buggy software.

That’s the ultimate irony to all this. 10 years from now, when all bikes are battery powered and commoditized down to Walmart pricing, some retro hipster is gonna launch a traditional bike company, the first model being a penny-farthing, and "reinvent the wheel."

Regardless, thanks for posting your story and sorry for your pain.

The size of the vehicle has no relevance. They’ve grown and shrunk and grown over the decades in response to fuel costs and consumer demand. They’re inanimate objects until a person takes control of one and I’d argue the recent development you speak of coincides nicely with the 14 year rise of the smart phone and a dramatic drop in situational awareness behind the wheel. If you’re 175 lbs and on a bike, does it matter if you get run over by a 3,000 lb Prius traveling 35 mph or a 5,700 lb Suburban?

I live in the United States – roads here are expensive if you’re fortunate enough to be looking at square miles of open land. But existing infrastructure? That’s a real problem, because engineers long ago decided upon standards that don’t fit the modern reality let alone your aspirations for it. You can’t move sky scrapers back 5 ft from the road anymore than you can move Small Town America 5 ft back. You can pave a 100+ yr old road… make it look new… but widening them to any extent is almost impossible until you get out into rural areas.

Now, to your point of creating a center lane for cyclists… again, not possible in most situations without narrowing lanes and impeding traffic flow, which is unpopular for the majority and therefore not a priority with elected officials. Also, they’ve existed for automobile use for decades now, and where I come from they’re called suicide lanes. Driving on the left side of the road here in the U.S., drivers are used to pedestrian traffic to their right.

The benefits of cycling are noble, but the reality is cyclists are the minority, and if you can’t play nice on sidewalks (if you’re even allowed), it’s bike lanes if your lucky or the roadway. Personally, I’m fine sharing the road with cyclists as long as 1) they play by the rules, which, unfortunately, most don’t… and 2) don’t pretend you’re U.S. Postal and ride in a peloton… that just slows traffic, pisses off drivers and raises the risk factor exponentially for everyone.