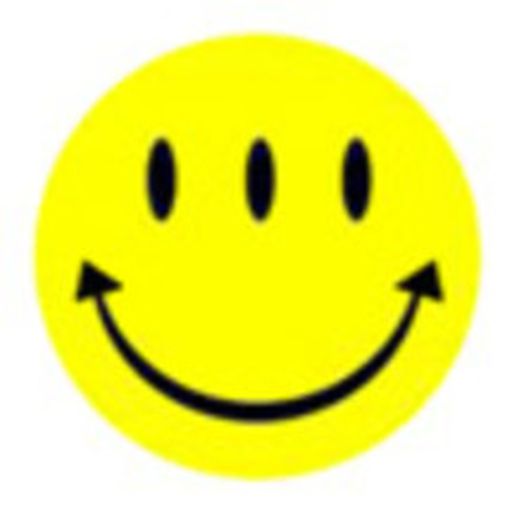 jake-the-bear's comment on Apple’s MacBook Pro is a GPU-shaped warning to Nvidia and AMD,

chadsmo's comment on Apple’s MacBook Pro is a GPU-shaped warning to Nvidia and AMD,

That’s a lot of research to skirt around a fairly obvious conclusion: Facebook has a pretty poor reputation (see this very comments section). While (seemingly disproportionately) bigoted old people have apparently found their comfortable space where they can publicly rant and rave, younger people just don’t want to deal with such a morally dubious company, and have also figured out that posting offensive or private content publicly isn’t a great look.

shaikhulud's comment on Dune puts an epic franchise ahead of its epic story,

Having lived with arguably the best example of the now last-generation Intel powered MacBook Pro for a year (2020 13" 4-port), I guess I have some feelings. My prior laptop was a 2013 Retina MacBook Pro 13". People look pretty fondly upon the Retina MacBook Pros, but man that 13" was weak. It had a nice design overall, but the 13" models never offered more than dual core CPUs and holy crap it showed. I’ve never owned a computer that felt so slow so quickly for intensive tasks, but I still held onto it for nearly 7 years.

Looking at the laptop I have now, I have 3 main complaints:

1) It was very clearly designed for the thermal constraints Intel likely promised Apple, not what Intel actually delivered. While this thing is dramatically more powerful than the 2013 model I upgraded from, it sometimes feels as though the bulk of that improvement has come from just sucking more power and barfing out more heat. Battery life is great when I’m not doing much, but starts to plummets if I even look at Lightroom or Photoshop. The same can be said for the fans. Intel needs to stop making stupid commercials in which they take credit for other PC manufacturer’s innovations, and actually start putting out some remotely competitive chips again.

2) I’m cool with not having any USB-A ports. It hasn’t affected me at all. What I’m not cool with is the lack of an SD card slot. That one I miss almost every day, and I do resent needing a dongle just for that.

3) MagSafe was nice, and I’d like to have the option for it again. But, I have to be fair – I like being able to plug in using whichever USB-C port is most convenient. I assume that capability isn’t going anywhere, so the new models seem like the best of both worlds.

I’m very ambivalent on the TouchBar. I have the version with a physical Escape key, and I can’t complain. I feel like the TouchBar could’ve been amazing, but Apple has never allowed users to customize it to suit them enough. At this point, I think it makes the laptop look cool and kinda sci-fi, I use it here and there, but I also wouldn’t miss it if it were gone.

I’m not upgrading anytime soon, but I do like the direction these new models have taken, and I know I’ll have a pretty significant upgrade to look forward to when my existing machine stops meeting my needs.

- The cameras look great, and I wouldn’t be surprised if the Pixel 6 edges out the 13 Pro in a few ways (or if the next Galaxy leap-frogs both in a few more months).
- Looking at the other cameras, I see some interesting design trade-offs compared to the iPhone 13 Pro. Bigger pixel-binned sensors, but no sensor stabilization, and slower lenses across the board, ranging from a bit slower (f/1.5 vs f/1.8 on the main), to notably slower (f/1.8 vs f/2.2 on the ultra-wide, 2/3 stops), to also notably slower (f/2.8 vs f/3.5 on the telephoto, 2/3 stop). On the telephoto in particular, I don’t think many people really discuss the trade-offs inherent to them. As the focal length increases, the aperture tends to slow down – the S21 Ultra being a good example. Truly amazing range, but a very slow f/4.9 aperture. I’m wondering if this telephoto will represent more of a happy medium, managing passable lower light performance similar to what the 13 Pro can pull off, but still getting more reach, thanks to the bigger sensor.
- I’m curious to see what the Magic Eraser can do. I’m a bit biased by experience here, but nothing they showed in the demo looked like something I couldn’t easily do in Photoshop in under a minute with the clone stamp tool. I know that’s kind of missing the point of the feature – It’s impressive that it’s doing this as apparently automatically as it is, making it accessible to everyone without access to or the desire to use Photoshop. But the edits they showed are honestly easy as hell. In each case, there’s a nice tidy, continuous region to sample right next to what they want to get rid of. I’d be very curious to see how it handles the kind of edits I’d need to spend 20-30 minutes on, where you basically have to take a wild guess and start painting without anything to directly sample.
- Speaking as a happy iPhone user, I find it interesting that the most compelling thing about this Pixel 6 is what was most compelling and legitimately envy-inducing about several prior Pixel phones: The Assistant features – especially the calling features. Being able to have the phone just listen to the godawful hold music for hours while I go about my day is sci-fi level convenience that would actually very positively impact my life.

I’m toying with the idea of trying out the MagSafe wallet case on my 13 Pro Max. I generally tend towards very minimal wallets anyway, and have tried wallet cases in the past. Since I can use Apple Pay for pretty much everything, I really only need 2-3 cards on me normally. With the wallet cases I did try, I always ended up feeling like they added too much permanent bulk to the phone. Somehow holding onto a credit card and drivers license when lounging on the couch felt a bit unnecessary. So, the MagSafe wallet does stand to solve this for me – slap it on my phone only when I leave the house, leave my bigger wallet behind unless I happen to specifically need something in it.

At this point, there are two things giving me pause:

1) While I got a MagSafe leather case, I also like to use a super thin (and unfortunately non-MagSafe) case when I don’t really need the comparatively rugged leather case. I’m not sure how well the wallet would stick through that case.

2) The price. Spending $79 CAD only to find out point 1 above isn’t working out wouldn’t sit very well.

Worth noting this doesn’t work if your PC doesn’t have any form of TPM or Secure Boot. Gave it a shot on my i7 4790 gaming PC and it wouldn’t work, even with the registry modification. I poked around, and it sounds like it can be done, but it’s a bit of a process and I just don’t care enough.

tupz's comment on The easy way to install Windows 11 on unsupported CPUs,

I got my 13 Pro Max a few days ago, and I can really only confirm what’s already been said. My outgoing iPhone 11 was pretty solid on battery life – usually around 5 hours of heavier screen on time (streaming YouTube and podcasts over LTE being the bigger drains, apparently) on a battery at 99% health (the phone was an Apple Care + replacement). The phone would still last the day without any issue, but would hit around 10% before I plugged it in overnight. With the same usage, I haven’t been able to end a day with the 13 Pro Max below 50%.

As far as the screen size changing how you use the device… I’m noticing that. I used my 11 for a lot, but the "fuck it I’ll do it on my laptop" threshold has definitely gone up a noticeable amount. Really, this is why I finally decided to try a Max phone to begin with. My smartphone journey has involved an increase in screen size with every upgrade, and every increase brought with it a reduction in friction and a general feeling of being able to use the device for more. I have to imagine being able to discard many prior habits based around the idea of "this will kill the battery so I won’t bother" will change things as well.