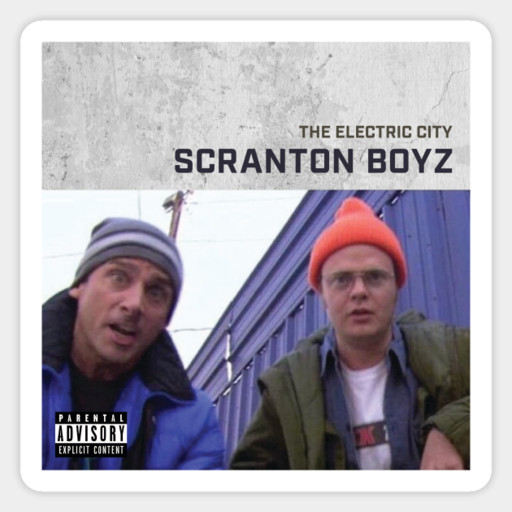 I’m not even sure what the uproar is over in the first place. Actors can now only play the voices of their own ethnicities?

If Pratt can do a good job, then so be it. Why do we have to draw circles around everything and create boundaries. Obviously he impressed in the casting tryouts so maybe let’s wait and see before grabbing the pitchforks.

commented on Chris Pratt can be Mario because they’ve apparently got that whole Italian thing figured out, Nov 23, 2021, 6:21pm EST

GHOB's comment on Chris Pratt can be Mario because they’ve apparently got that whole Italian thing figured out,

Seconded. They recently launched a precision version. I now have both the regular size and precision size. Just a joy to use!

Futurist4Life's comment on Apple’s new Self Service Repair program is an opportunity to repair relationships,

Amen to all of that!

slayzer's comment on The NFT Bay asks if you would steal all the JPEGs,

Are they going to: (1) completely remaster it from scratch in a way that justifies asking $60, or (2) make minor tweaks and lower the price to $24.99?

Because if they are going to make minor tweaks and keep the price where it is, then this is a trash effort for the price they are asking. I’d rather they just released a trilogy of the original versions untouched rather than this mess of a remaster.

Agree with this. Seems like the goal around here is to just provide decent scores to everything to keep all fanbases happy or something. The review scale for 90% of items is like 8-9 instead of 1-10.

Interesting. I much prefer eating a $90 steak I made myself instead of spending $2,000 for it at Salt Bae’s restaurant just because he gyrated sensuously while sprinkling salt on it.

If I’m the "right clicker" in this scenario then is the person eating a gold crusted $2k steak by Salt Bae a "f**king idiot"?

Fanboys of other companies are looking for something, anything. Can’t help but roll my eyes when I see articles like this.

"Google never said it has this but wHeRe iS tHiS????"

Why? Getting a bit tired of the "fAcEbOoK sUcKs" meme. Everyone claims to be deleting Facebook and hating the company, yet almost half of earth’s population has an account.

At least they are trying something new and trying to push technology forward, instead of sitting around and releasing the same products every year with minor upgrades.

Honestly I don’t even care much for Facebook, but it’s getting tiring seeing the sentiment that Facebook is shameful or evil or something.

This thing is going to end up surpassing the DS and PS2 to become the best selling console in videogame history.

I get your point, but Google didn’t IPO and immediately valued higher than Microsoft. It IPO’d at a price that put its value 1/10th of the then industry leader Microsoft.

The valuations today are just insane. Rivian has sold what, a dozen cars? And it is worth more than Toyota who pushes out millions of vehicles every year and is recognized around the entire world? Just seems really odd to me.

This thing isn’t competing with the Switch 1 or Switch 2. Doesn’t matter. Nintendo won’t even notice this thing exists.

No parents are standing in Target somewhere deciding whether to get their kids a Switch or Steam Deck.

This thing can only hope to compete for the attention of PS5 and Xbox gamers.

These valuations are just ridiculous. Fueled by people thinking this is the "next Tesla" or "next Amazon" and they are getting the stock at a discount right now. Worth more than Toyota and Ford already? Ridiculous.

They may very well be right, because nothing makes sense anymore. But this all feels like a house of cards that can collapse at any moment. Seems reminiscent of the dot com era where every IPO and crypto these days is just built on sheer hype and hype alone. Crazy times.

Bananaste's comment on Nintendo’s Black Friday deals on games and consoles have begun,

It is a steal if people are still buying these games for full price. It may not be worth it to you, but remember Nintendo is still moving massive amounts of consoles each quarter and those are all new customers buying up these games at full price.

Market value isn’t what some people think something is worth. Market value is the price consumers are willing to pay. Consumers have determined that $60 for 4-year old Nintendo games is good value and worth buying, so by that measure $40 is a steal.

So there’s an entire article about the Pixel 6 not doing something that Google never claimed it does?

People just need something to be angry over these days.