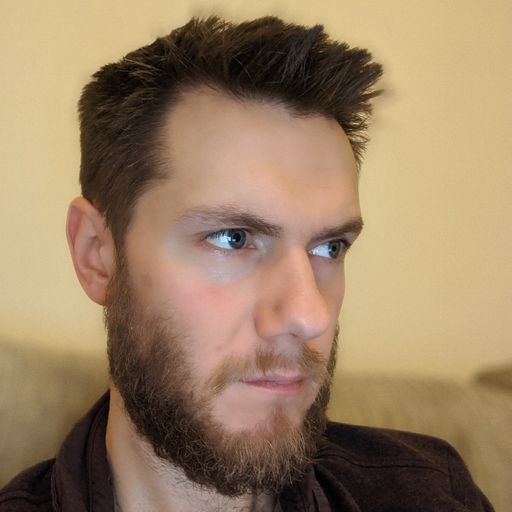 Simply not true. The point of standards is not to remove manufacturer liability; manufacturers are liable for their products whether they choose to follow standards or not.

Sorry, but liability is determined by law, not by what SomeGuy123456 on The Verge forums says it is.

Manufacturer liabilities exist for our, the consumers, protection.

If Google were to advertise that the Pixel 6 can be fast-charged with any USB-PD 3.0 over 21 watts, for example, that becomes an advertised property of the device, and Google are legally liable to meet that standard. It doesn’t matter whether you think they should be or not; they are.

But that isn’t useful valuable information to have, if by acting on that information, consumers would be using their devices in a way that – as you acknowledge – the manufacturer would have no liability for.

Making manufacturers liable for what they advertise exists for our protection. If, for example, Pixel 6 phones start bursting into flames up-and-down the country whilst being used with the 30 watt Google charger, Google can be sued as part of a class action. And they won’t have a leg to stand on, because people would be using the chargers Google advertised to them to use. In other words, consumers would be protected, and Google would be at fault. That’s why liability matters.

You can actually see an example of this on Google’s tech specs for the Pixel 6. The specs state that the Pixel 6 can be charged up to 12 watts with any Qi compatible wireless charger. Google are now liable for this being true, because they’ve advertised it. If consumers start having issues with third-party 12 watt Qi chargers, they have a direct course for redress against Google, because Google advertised that they should work. It’s a clearly advertised attribute of the product, and so Google are liable for meeting that advertised standard.

Google clearly aren’t prepared to accept similar liability for wired charging. Instead, Google have advertised what specific charger will work with the Pixel 6. That is what they are accountable for, and we should hold them to that standard. If, as you point out, consumers want to try third-party chargers for themselves to see which ones still deliver fast charging, they are free to do so.

But if Google aren’t prepared to take liability for those chargers, they shouldn’t advertise what the required spec of those chargers ought to be. It’s not a question of whether you say they’re liable or not, it’s whether the law says they’re liable or not. If Google advertise the power delivery required for third-party chargers to work, they have a statutory liability for that information being true; because they advertised it.

This isn’t, as another poster tried to suggest, about ‘defending Google’. It’s about holding Google to a very tight and specific standard by scrutinising their claims closely, and ensuring they are living up to those claims. They shouldn’t be afforded any wiggle-room; we should read what they claim to the letter, and hold them to it. It’s in no-one’s interest to expect Google to publish product information they can’t later be held to account for.

What value would a statement from any company have if they won’t take liability for it?

Consumer: "Great. Will you stand behind that?"

What possible value would that have? It’s meaningless as a statement.

As consumers, we should demand accountability from the companies we deal with. Why would any company make a statement they won’t accept liability for, and why would we want them to?

Now look at how much a Belkin 25W charger costs, which will charge at the exact same speed as the Google one. The problem was that you couldn’t tell that 25W is all you needed from the information Google released.

As I said in the comment you’re replying to:

Google have never advertised charging performance based on any third-party chargers, nor can they reasonably be expected to assume liability for the performance of third-party products.

Why would Google assume liability for the performance of someone else’s charger?

If Google had guaranteed the performance of third-party products, and if the article headline was ‘Some Pixel 6 users report fast charging doesn’t work with third-party chargers, despite Google’s claim that they should’, yours would be a fair comment.

Withholding key information in your advertising is misleading. We have had 30w chargers forever, to tie themselves to a 30w charger as official number, whilst never hitting peak and dropping off far faster then similar competition from years ago is misleading your potential buyers.

Stop being obtuse. Its ok to like Google and at same time criticize them. There is a reason why actual users were posting about this long before it made the news cycle.

It’s not me being obtuse, and I’ve criticised Google plenty.

As consumers, we should demand the right to make an informed choice about our purchases. That means we should expect companies to be clear, accurate and specific in their claims, so we as consumers can make an informed decision about how we spend our money. In this case, Google have said, ’this phone, when used with this charger, will charge to this percentage, in this amount of time".

That information is clear, accurate, and specific. As such…

It is unexpected behavior. If it was about preserving battery life, advertise that feature.

Simply isn’t accurate. The phone specified charges at the rate specified when used with the charger specified. That is the expected behaviour.

Which bit were you misled by?

Companies should be held accountable for delivering what they advertise, not what they don’t.

Google never claimed that the phones charge at 30W. Instead, it advertised the amount of time it takes to get from 0 to 50 and 80 percent when charged using its 30W charger — 30 minutes and around an hour, respectively. This is in line with what Android Authority found in its tests.

HouseOfPwns's comment on ‘Sideloading is a cyber criminal’s best friend,’ according to Apple’s software chief,

Enema Stone's comment on ‘Sideloading is a cyber criminal’s best friend,’ according to Apple’s software chief,

I think Federighi is walking a number of tightropes here, and I’m not sure how successfully he’s doing it.

Firstly, by saying sideloading is a cyber criminals best friend, he’s implying that iOS security is worse than it probably is. Security is built on layers, and trusted source is only one layer. Every operating system, including iOS, works on the assumption that third-party apps cannot be trusted by default, and limits them to user space, sandboxes them, and denies all app permissions until granted by the user. Is Federighi trying to imply the iOS security model would be overwhelmed if apps could be installed from third-party sources? And does this, in turn, imply that iOS security model is dependent on all software being installed on the device being pre-vetted? Presumably not.

Secondly, Apple already allows installation from unknown sources on their other OS’s, like MacOS. If you asked Federighi if MacOS is a cyber criminals best friend, he’d presumably say no, and list a series of safeguards that Apple implement to protect users. But those same safeguards either already exist on iOS too, or could be implemented. Presumably he’s not trying to imply that MacOS is a cyber criminals best friend, nor that iOS is in some way less systematically secure than MacOS.

Thirdly, the EU will likely get their own way with regards to allowing third-party installations. The EU set the laws in the EU, and they’re pushing hard for this. How smart is it to go on record saying it’s a bad idea for security, if you’re later forced to implement it anyway? If the EU get their way here, when asked in future if iOS is now a cyber criminals best friend, Apple are going to have to walk back a lot of Federighi’s comments here.

commented on ‘Sideloading is a cyber criminal’s best friend,’ according to Apple’s software chief, Nov 4, 2021, 6:08am EDT

You can always throw detail away when editing a picture, but you can’t add detail back that wasn’t captured in the first place.

That’s probably why both phones err on the side of overexposing shadows.

I dunno, I think the fact that the Pixel 6 has a custom SoC makes that pretty farfetched.

Designing a custom chip, then getting someone to fab it for you, isn’t something you try once and then stop doing. Even if we accept the somewhat overstated meme that Google likes to abandon projects (though this is the 6th generation Pixel, on top of the several generations of Nexus phones before that, so they’re clearly happy to play the long game with hardware), the reality is that Samsung wouldn’t have reconfigured fab production lines to manufacture chipsets for a competitors product during a global chipset shortage, unless they had commitments from Google that this would be a long term contract.