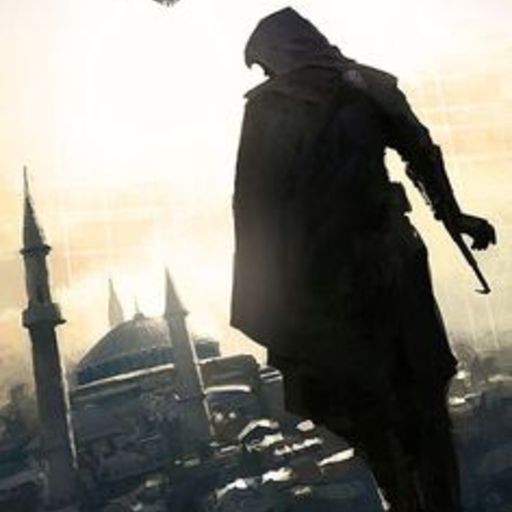 Most people said it was depressing and not a re-watchable film.

I liked the movie, and I would say it’s definitely worth a watch.

But, yes, it is fairly depressing and, despite liking it the first time around, I don’t have any real interest in watching it again. It wasn’t exactly "fun."

But again, it’s a good movie and worth watching if you haven’t.

It was basically a cover, yes.

I don’t remember the precise details, but he basically had a whole bunch of stock options that would have expired sometime in 2022, and that would have resulted in a ginormous tax bill. He sold the stock largely in order to cover the tax.

But, of course, he wouldn’t be Elon Musk if he didn’t do a faux-poll about it on Twitter, and pretend to his followers that this was something he did because of the "will of the people," as opposed to the truth, which is that he was planning on selling those shares long before the Twitter poll, and would have done so regardless of the poll results.

commented on Tesla is the latest company to be drawn into the Elon Musk-Twitter legal mess, Aug 3, 2022, 6:18pm EDT

Just In Beaver's comment on EA is ditching the FIFA branding starting with next year’s soccer game,

Really? What are the slew of products that are named after Outlook?

The only services I’ve come across that have the Outlook name, are the ones that are related to Outlook, i.e. email and calendar services/clients.

Glad to see that someone other than Jabra finally included multipoint in their wireless earbuds.

The different styles is important, though. When it comes to supercars, performance is paramount. As long as the GT can do that, it will get respect.

When it comes to ultra-luxury, the badge is a big deal. People won’t be satisfied with another car that has the equivalent features. An S-Class, for instance, is a fantastically luxurious and wonderful car. 99.9% of people would be perfectly happy with it. But for the rest…? We have several decades of evidence that shows us that, when ultra-rich people want an ultra-luxury car, they get a Rolls or a Bentley.

The Maybach names lives on, yes, but it’s now more of a ultra-high trim level than a standalone brand. In the mid-2000s, Maybach was a separate car entirely. It didn’t even have the Merc logo on it. Now it’s basically a really fancy S-Class.

They are executive or prince carriers. They aren’t for the general public.

Yes, obviously. The point is, executives and princes didn’t buy them in anywhere near the numbers of a Rolls.

Agreed that it got better, and I’m enough of a fan of the source material that I’ll definitely watch Season 2, but the show was not well done. The writing was just weak. Important characters like Padan Fain and Min get little screen time, characters like Elyas who taught Perrin everything he knows about being a wolfbrother are omitted entirely, but we get an entire episode centered around a random, no-name Warder just so they could hammer home their point about the bond between a Warder and his Aes Sedai, something that could have been done in 10 minutes of screen time.

Why not? I find that strange. The show reportedly cost a whopping $10 million per episode, making it one of the most expensive TV shows ever. Why wouldn’t you expect high quality?

I disagree. The sets, in particular, were bad. They looked like sets. Had no feeling of depth or solidity to them. Other things that shows cheapness was the poor attention to detail. For instance, the Aes Sedai are marching Logain to the White Tower for several days, chained and caged, but when he arrives his clothes are spotless and look almost freshly ironed. That might seem like nitpicking, but little things like this help with the immersion when done right, and make everything look fake when they’re not.

the ability to stream music over Bluetooth, will now expire after eight years

I don’t understand this part.

So Tesla’s Bluetooth connectivity doesn’t work like it does in my car or basically any other car? You have to subscribe to the "Connectivity" package to use Bluetooth?

The 727 Charging Station – does the part on top with the glowing Anker logo have a wireless charger? Or is it just for the looks?

The Wheel of Time was such a massive letdown, but it seems that with this show, at least, Amazon might actually be getting their money’s worth. I suppose it helps when don’t go with B-grade showrunners.

But I can’t see many choosing this over a Rolls Royce or a Bently.

Agreed. Even Merc failed years ago, when they tried to offer the Maybach as an ultra-luxury alternative.

As a consumer, it’s great that midrange phones are getting so good. I wonder, are manufacturers kind of hurting themselves?

I’m using a Pixel 5, which I got in late 2020. It’s actually the first time I bought a "non-flagship" phone when going for a new device, but the reason I did was because the gap between a good midrange phone like this and a flagship phone is getting smaller and smaller. Sure, if I had waited a couple of months and got, say, the Galaxy S21 back then, it would have technically been a better phone. But not better enough to justify being nearly double the price (at least here in Canada).

Am I the only one who finds it odd that he went for an iPhone 12 instead of the 13? I get that he stuck with the 6S because of the home button, but if he was changing to a newer, buttonless iPhone anyway, why not go with the latest one? It’s not like he can’t afford it.

maybe don’t fucking accuse a woman of being too emotional to be objective. maybe that? fuck.

Oh, please. Let’s not do that virtue signaling BS.

The above commenters issue had everything to do with what they perceived as a writing that was indicative of poor journalism, and nothing at all to do with the gender of the writer. The idea that the article is "emotional" and not "objective" isn’t even in debate, so there is no "accusation" here. It’s pretty obvious that the author isn’t even trying to be objective, and is wearing their personal opinion openly.

That’s perfectly fine with me, but is apparently not so with the above commenter, and that’s what they’re complaining about. Sexism has nothing to do with it.

Looks like a Lego version of Pam’s watercolor painting of the office.

This part was awesome. Also, the "It is your birthday." banner.

NeoPossum's comment on Lego is releasing an incredible set based on The Office,