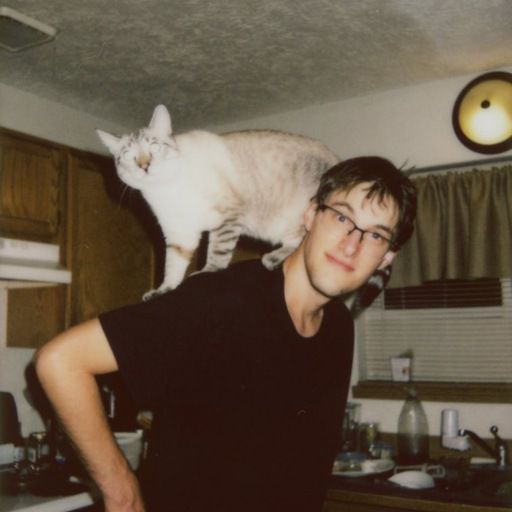 GoodTroll's comment on Chevy is offering up to $6,000 Bolt rebates — with a big asterisk,

In this case specifically it’s meant to be comedic understatement, contrasting a simple "not great" with the fact that he’s facing over a hundred years in prison because he was found guilty of stealing the credentials.

commented on A man made millions unlocking T-Mobile phones with stolen passwords, Aug 3, 2022, 1:22am EDT

A man made millions unlocking T-Mobile phones with stolen passwords

Chevy is offering up to $6,000 Bolt rebates — with a big asterisk

ahhhhhh's comment on Roku has a problem — its buttons aren’t printing enough money,

Roku has a problem — its buttons aren’t printing enough money

In that case, you may want to look at the OWC Thunderbolt dock. It’s three Thunderbolt ports

I used a Pixel 2 XL for around 3 years! I ended up replacing it with an iPhone after blowing both of the speakers, putting a hellacious gouge in the screen, and developing some pretty bad RSI issues.
And I used the squeeze feature almost every day.

commented on The Google Pixel’s squeeze for assistant was a button without a button, Jul 31, 2022, 8:32pm EDT

Wow, I love posting a tip and then getting useful advice in return. Cheers!

timothyalvin's comment on The Google Pixel’s squeeze for assistant was a button without a button,

THE_VERGE_DOESN'T_LET_YOU_DELETE_YOUR_ACCOUNT's comment on US federal courts were reportedly hit by another data breach,

US federal courts were reportedly hit by another data breach

I’m just dying to know what SoulCycle is going to do with 100 Peloton bikes. Using them in its studios would be a bad look… and surely it wouldn’t give them away to people who would then become Peloton customers.

Cr4shMyCar's comment on SoulCycle dangles free classes to Peloton users who trade in their bikes,

Well yeah. But Sans says it in the video game, and it’s an article where the majority of readers are going to be gamers, so…

I currently live in the Pacific Northwest, but I grew up hiking and biking in Florida and this just… does not match my experience at all. It’s always possible I just haven’t gotten the correct types of cotton shirts though.

There’s conflicting info on that page. In the intro it says:


It also mentions that they’re coming to Game Catalog, which Extra subscribers also have access to. I’ve reached out to Sony to see if it can clear this up.
commented on Eight Yakuza games will be added to PlayStation Plus this year, Jul 27, 2022, 7:00pm EDT

Eight Yakuza games will be added to PlayStation Plus this year

mrgnarchr's comment on Xbox is trying to make it easier to tell which games you’re allowed to play,