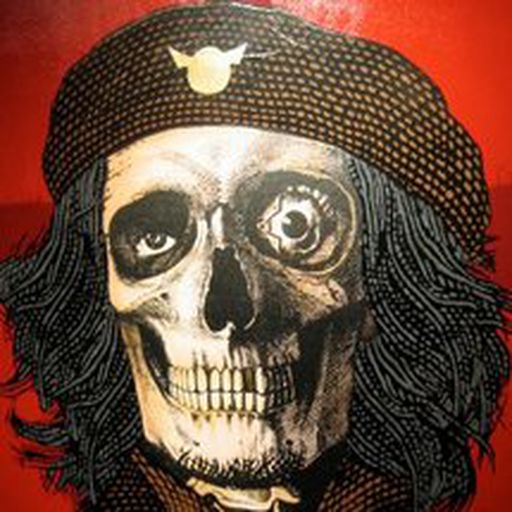 For what it’s worth, this is basically the same tech that lets them figure out when underage kids are getting dick picks

commented on Today I learned you can identify plants and flowers using just your iPhone camera, Jun 21, 2022, 10:59am EDT

Man, I thought it was awful. Little made sense. Little was of consequence. They needed two keys, but both fit into either lock. Neither looked special. Puzzles weren’t puzzling.

And the whole "we both have a ship worth $2.5B, let’s fight so no one gets anything" was dumb

Brainless, made worse by having a Wahlberg

commented on Uncharted will fly out of a plane screaming and onto Netflix in July, Jun 18, 2022, 4:26am EDT

FriendlyNeighborhoodPoolman's comment on Elon Musk will allow ‘outrageous’ comments on Twitter but says they shouldn’t be amplified,

I think prints offer a really, really interesting contrast to my POV, frankly, and I hadn’t considered it before.

The Steam vs Car (or even used disc from Gamestop) is a debate I’ve had repeatedly with people angry at not being able to sell used Steam games.

Disney actually owns movies and music. It has full rights. They can open a streaming service, which becomes the only way to legally view those movies, which have high demand. They can create LEGO sets, or action figures, based on those movies. In other words, that ownership conveys enormous revenue streams worth exponentially more than the movie cost to make.

You cannot open a streaming service to view your rock or monkey, and no one would pay to see it, anyway.

The most expensive NFT ever sold was almost $92 million. That’s a comparable cost, adjusted for inflation, to Despicable Me 2, which brought in almost a billion dollars at the box office, plus DVD and streaming, plus action figures and merch, plus licensing and tie ins, etc. Which is better to own?

Do you see a bit of a difference between owning the full rights to an in-demand movie, and owning a pointer to a picture few care about and anyone can easily access already?

In the case you linked to, there’s historic significance:

There are only 6 prints out there, made by the artist himself, and absolutely gigantic – 12 feet wide. Only 2 are in private collections.

You can download that and print it. You likely will not get a high enough resolution to make it 12 feet wide. It will not have been produced and framed by the photographer.

With an NFT, if I right click and save as, I get an absolutely identical version, I just don’t have ownership. Ownership doesn’t seem to be very valuable to most people, which is why most people feel that most NFT values will crater. Owning it doesn’t really give you anything unique over what anyone else has of the piece.

I’ve been impressed with the Tesla implementation.

Think about it for a second. Did people gleefully give up their CD collections for mp3s, and later, Spotify? Absolutely. Because the digital versions are interchangeable, and having one is the same as having another. This is why companies are loathe to let you resell your Steam game – because there’s no value to a "new" version over a used digital one.
Contrast that with a physical item, such as a car. There’s enormous value for a new over a used. They’re not interchangeable.

"But I own it!" isn’t really anything that matters when these are so readily available. "But I get royalties" is somewhat meaningless when not all NFTs offer royalties and none seem to really be generating any royalties, nor appear to be in the foreseeable future, certainly not in the current implementation people are defending here.

You don’t see a difference between a physical painting and an NFT?

Readercat2's comment on What the EU’s new USB-C rules mean for the iPhone,

commented on Microsoft HoloLens boss Alex Kipman is out after misconduct allegations, Jun 8, 2022, 5:32am EDT

They’re going there, anyway, for most people.

And I’d rather risk a hack than risk losing them forever. Or someone taking my phone to see a vacation photo and scrolling one too far.

I really wish Google Photos was better at this. Currently, there is a locked folder you can set up, but it doesn’t go to the cloud, so if your phone gets lost, you lose all the things so private you didn’t want to share with others. Seems so incredibly short sighted.

I think my biggest fear would be buying a $700 system, only to have it undersell and be either undersupported or not supported, leading to app issues or the cartridges ceasing production.

I know, it’s an issue with most anything these days, but this feels particularly vulnerable, and is something you need to last multiple years to get value out of.