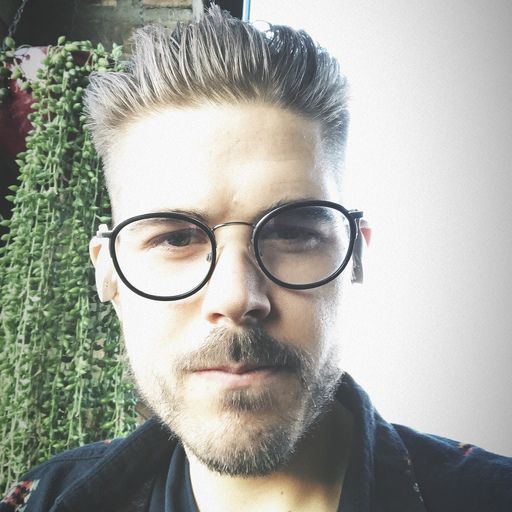 If FSD is so good why not have a test to prove it? We also need the improve our insanely lax licensing for human drivers. Unless you move to a different state or get charged with certain traffic violations you can get by on one road rest at age 16 and never have to be tested again (except for vision checks) until you die.

DanishFox94's comment on There’s no driving test for self-driving cars in the US — but there should be,

Yeah, my iPhone 13 still has a battery capacity of 95% after one year of regular use. Paying for 3-4 years of Apple care plus to get a free battery replacement doesn’t seem like a great value proposition to me.

Same for me, available on Apple Music and Spotify but not YouTube.

elementary's comment on Logitech’s webcam software is a mess,

Apple needs the camera there all the time though unless they ditch Face ID (which seems unlikely at this point).

Presumably Apple views Beats as headphones for all platforms and AirPods as an iPhone accessory. Until they eventually move the iPhone to USB-C this is going to remain awkward.

So Sony is arguing that Call of Duty has no competitors on other platforms and just be perpetually available on their platform? This seems like a really bizarre antitrust argument, couldn’t it also be applied to Halo or something?

required_reading's comment on Apple’s new AirPods Pro can cancel twice as much noise,

dot.'s comment on Buick offers to buy out dealers who don’t want to make the switch to electric cars,

Smigit's comment on Jaws is a box office hit again, 47 years after it first hit theaters,

indignantgoat's comment on Jaws is a box office hit again, 47 years after it first hit theaters,

Zierfish's comment on DALL-E can now help you imagine what’s outside the frame of famous paintings,

brian-eric-ford's comment on Amazon’s putting a three-day pause on reviews for The Rings of Power,

Velvet_Spaceman's comment on Amazon’s putting a three-day pause on reviews for The Rings of Power,

WonkoTheSane's comment on Amazon’s putting a three-day pause on reviews for The Rings of Power,

*suspend my disbelief (great autocorrect though)

I agree that there are plenty of legitimate things to criticize, and I also don’t feel the need to expurgate Tolkien’s original work because it’s too Anglo-Saxon, that was the context of the world that he wrote in. This new series, however, is really an original story based within the context of his work reinterpreted for a modern audience, and it builds upon two trilogies of films that already vastly diverged from Tolkien’s authorial vision. Modern audiences are themselves diverse and mostly won’t be familiar with obscure Nordic myths, so it might actually be more jarring to have no racial diversity in the cast. Regardless, they don’t talk about human racial differences in the show so it’s kind of like Denzel Washington playing Hamlet. Obviously a Danish noble from that time period would not be black, but I find it pretty easy to Dudley’s my disbelief if the actor is playing the role effectively.

I’m aware that more nuanced criticisms exist but that’s not reflected in the majority of the anti-woke reviews. Given how far the timeline and themes of this show have diverged from Tolkien, fixating on the race of the characters (especially in a world full of fantastical creatures and monsters) seems more revealing of existing biases in the person making the critique than a failing of the "authenticity" of the show.

Daishi's comment on The iPhone 14 Pro could bring back the old battery percentage indicator,

Both the tone and aesthetic feel like a blend between the Hobbit and LOTR movies, brighter and more whimsical than the original trilogy but more grounded than the Hobbit. It’s nothing groundbreaking but it’s a pretty good adaption of the weird amalgam of source material they’re working with. I pity the people so poisoned by online political discourse that they can’t enjoy a mostly apolitical fantasy series because it includes racially diverse characters and is therefore too woke.