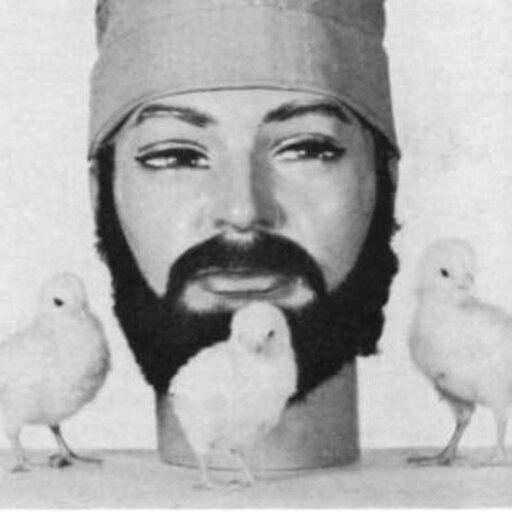 the cuba gooding - of what is essentially vanilla pudding

No one sees it. Facebook has been single handedly divided us instead of uniting us

Lemme know when Xbox, Playstation, or Nintendo start facilitating genocide in other countries and I’ll feel the same way about having a Nintendo account to buy Splatoon 3.

A human is not safer than FSD.

We strait up don’t have the data to actually say that one way or the other but sure, keep saying it.

Whether they are or aren’t is so far entirely up to Tesla to self report. If you wanna ignore all of human history and rely on a company – who’s selling you something – to give you the facts on the reliability of it’s own product? Ok.

It’s so wild Tesla fanboys think a small subset of luxury cars having access to a beta program (that can’t operate in certain situations) is somehow a direct comparison to every other car on the road. Teslas are a very small subset of cars on the road at large, of course the statistics are going to be different. Except we don’t even have access to all the statistics, that’s only up to Tesla to provide if they feel like it, but asking for more assurances outside the company is somehow "spreading FUD" lol.

For what it’s worth, I have the 6a and the bump is not bad at all in the case. The case I have anyway has a little notch for it so it’s still inset when you set the phone down. I really thought it would bug me but I don’t even notice it anymore.

I really wish people would give any of this a little more thought that like "this is new tech but the arguments are all the same, see collage, photography, ect" as if that’s ever been enough to settle any kind of conversation about a new art form. Or that this is the output from one company, essentially using a vast database of other peoples’ creative work to generate something "new". There is a lot about this that is actually unprecedented and I wish the conversation was a little more nuanced.

Again, not the work of a specific artist, or lots of artists. The authorship, ownership, and copyright of the style isn’t the case in ML algorithms in photo editing, it’s a unique problem from training a program on a vast library of other people’s work.

One, "using a trailcam" is usually not anything that would result in anything particularly interesting or meaningful without a little more effort put into it. But I don’t think his process is very interesting either – entering different prompts and keywords over and over again with some Photoshop cleanup afterwards.

This is not like the advent of photography, at least insofar as photography didn’t use the creative output of every painter previously or require a subscription to one company’s proprietary technology that no one gets to peek under the hood of, or see the contents of. Photography also grew out of a process for producing paintings – the camera obscura – but MidJourney is literally using a vast library of finished works to essentially make cheap copies of them. I do think the output could be considered art, absolutely, but the implications are very complicated if MidJourney becomes a go-to source of illustration. It will be (if it’s not already as I type this) easier to plug something into MidJourney than hire a concept artist or illustrator – the very artists who’s work and innovation MidJourney is entirely built on..
Is it art? I mean, I would say yes but I’d also never enter anything my prompts generated into a state fair. The authorship of that art is much more complicated and new, and something we’re going to have to sort out collectively.

That’s a lot different though than having a whole library of images from artists, with or without credit, training algorithms to copy their style specifically. A lot of photo correction stuff is pretty simple in terms of bumping up the contrast, they don’t have buttons to make a picture look like it was a particular photographer’s signature style.

ryan_linz's comment on An AI-generated artwork’s state fair victory fuels arguments over ‘what art is’,

Rubber Hell's comment on Asus Zenfone 9 review: one for the small phone superfans,

I realize that’s the distinction, but the issue is that that’s an incredibly stupid and arbitrary line to draw for the law.

Build your stuff in the USA

I really don’t get it, did no one read the article? They’re building a plant in Georgia next year. I’m all for increasing domestic production, but the way the requirements as laid out by the law seem really arbitrary and half baked. This is punishing a company that’s already investing heavily in domestic production.

They don’t need to be dragged though, they’re breaking ground on a giant EV plant in Georgia next year.

If you want access to this market, then you can invest in it

They’re literally building a plant in Georgia next year, that means jobs for construction and materials right here in the US and then jobs locally for putting together EVs when it’s complete and up to speed. It’s idiotic to not include them in this when they’re actively working on getting production up to speed here. You absolutely can’t say that about every car company.
More importantly, I think the goal should be more EVs on the road at affordable prices. It would have been nice to see an EV credit across the bar, no matter what, with extra for domestic production.

If they can extend their service directly to IOT devices

Literally how would this work???

Man they have tons of good features on here, it’s not gonna be a new one every single day. Sometimes you gotta chill those earbuds.

If anyone is curious, my favorite vegan bacon (if steak isn’t your thing) is the Bakon from Thrilling Foods. It’s delicate, but it fries up magnificently and having it in a BLT is basically as good as the real thing for me. Definitely interested in trying steaks, but I dunno if I’m "$40 a pound" interested. Someone please make a vegan kielbasa….

It being confusing is not The Verge’s fault, the rules on the credits are confusing as fuck.

The point is that FSD can work 99% of the time and still not be roadworthy if it’ll hit kids in 1% of circumstances. It needs to be perfect, but the goal posts for autonomous driving keeps moving (by Tesla especially). There are absolutley videos of FSD fucking up hard.

With all that public testing, if fsd were to actually try to hit a kid, pretty sure we’d hear about it.

This isn’t a scientific assessment. The beta tests are already limited, but they’re also being conducted by people who paid upwards of 10 grand to be in them, meaning they have a financial incentive to either put the car in situations it would do better in, or conceal or downplay any poor results.

I think that Dan O’Dowd is obviously doing this for his own self interest, and though I think FSD needs WAY more public scrutiny in general, I do think this could backfire as "a campaign by one guy with an axe to grind".
That said, I don’t think it’s as crystal clear as "the video is faked" or whatever, we just don’t have that much info either way. The additional footage is also not great! But in either case Electrek is and has been a long-standing Tesla propaganda machine, so I would take anything they say with a grain of salt anyway.
Besides all that, while I’m all for coming down on whatever side "the truth" lives in, Tesla is the one who manipulates the truth constantly, including fabricating pretty much the entirety of that flashy the driver is only there for legal purposes Autopilot video.

bakk's comment on Tesla wants videos of its cars running over child-sized dummies taken down,

but Twitter is rotten to its core and we all know it.

What, in the article, denies any of this? The point is it probably doesn’t matter for Musk’s case at all whether it is or not.