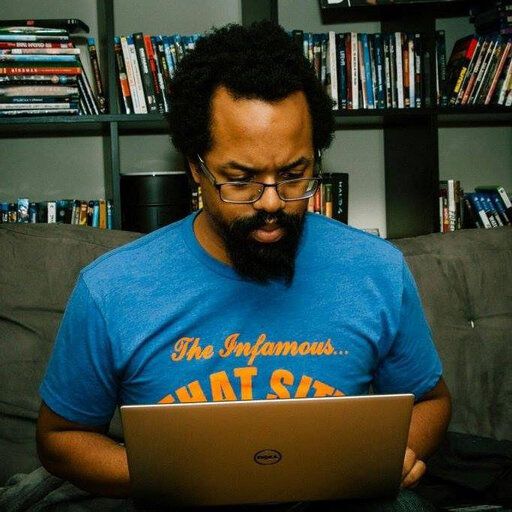 There’s a problem with this logic that "all valuable collectibles have imaginary value so what’s different about NFTs?"

The difference is that a. unlike stamps, there’s no other reason for collectible NFTs to exist. And b. unlike other collectible items, they don’t have a broad base of consumer participants who either collect for free, or who want to buy the items for reasons other than speculative investing. That makes them appealing only to a very, very small niche of people, and only for one reason.

Instagram was having problems, but it should be fixed now

commented on NFL Rivals blockchain game will let players take over as their team’s GM and use NFTs somehow, May 25, 2022, 1:36pm EDT

I feel like most people probably use the same speakers, especially on predictable schedules? Like at night/morning maybe the one in the bedroom, in the home office during the day, and similarly for living room. I don’t really use Cast enough from my phone for it to come into play that much though.

commented on YouTube Music now suggests your favorite speaker for playback, May 25, 2022, 8:11am EDT

I thought it was tenuous, but tbh, I more felt like Snyder fans might take issue if someone didn’t point out the echo.

This is probably more correct tbh

"bad faith" is when you make up a scenario and accuse someone else of misdeeds based only on what you imagined.

And I could not be more serious and ethically bound in my pursuit of THE KORG CUT. That is important to me and I want it.

SEO optimization works when they’re related things. I have serious doubts that anyone is Googling "snyder cut" in the year of our lord 2022, and thinking "actually, I’d like to find the Thor trailer."

That these are the only two superhero movies of this caliber to highlight black and white looks is notable to me. It might not be to you. The idea that it helps SEO to bring it up doesn’t make sense to me, I think it would be much more helpful to mention the Dr. Strange or Spider-Man movies, for example, because they’re more current to the news cycle and they have greater overlapping interest.

You know none of that happened right? You just imagined it, for reasons that are your own.

I can absolutely guarantee I’d have an editorial about why it should be Korg, thematically. I might write that anyway. RELEASE THE KORG CUT.

You gotta explain to me how one line in the middle of the post pulls in extra clicks. It doesn’t typically get summarized or aggregated anywhere, you’d have to have already clicked to see it. Now, I’m not a movie expert so if it’s a reach, then it’s a reach created by my own ignorance. I personally can’t recall another AAA-tier superhero movie with a presentation that was available entirely or even significantly in black and white in the last few years, but I haven’t seen The Batman yet.

I think it would be different if a minor character who hasn’t been seen in nearly a decade suddenly popped up nude? If Jane Foster were the title character in the series, with a backstory about how Jane is a living God of almost unmatched power who, in every single movie, has that power and glow stripped away, then I think there would be a very different context.

Weird you didn’t ask how well it would play if it were Korg?

This is a really strange approach to fanfic

I’m not sure what experience you’re relying on to judge what’s more likely to get people irritated, or if you’ve asked a sample of people how they felt about it. If it makes you irritated, then that’s one example, but the reaction doesn’t seem to be that.

Starlink is very explicit that the RV plan is worse, and also more expensive. You can read that in the quoted text. I don’t know why you think it would make people mad to say that it is, and I have missed the explanation of how it is less accurate, particularly when it’s Starlink’s point.

This is by definition abnormal? Among all car owners in the US, very few of them have ever owned an electric car that has a documented issue where prior to charging, its in-car computer might overheat and shut down. Even among Tesla owners, or owners of electric cars in general, it would easily qualify as an uncommon situation.

Maybe that will become a common issue over time, but right now it’s unusual.

I think that as the president of NHTSA, who determines what a recall is and is not, and what’s fair to call them, you should really be focused more on your own organization?

Going into comment sections to claim that calling something what it is is an attack on your friend Elon is a strange use of your time when you could instead just update your website. Thanks for stopping by and commenting though, I really appreciate it.

Apple will bring Live Captions to the iPhone, iPad, and Mac and more gesture control on Apple Watch

Twitter’s CEO and Elon Musk are beefing over bot counts