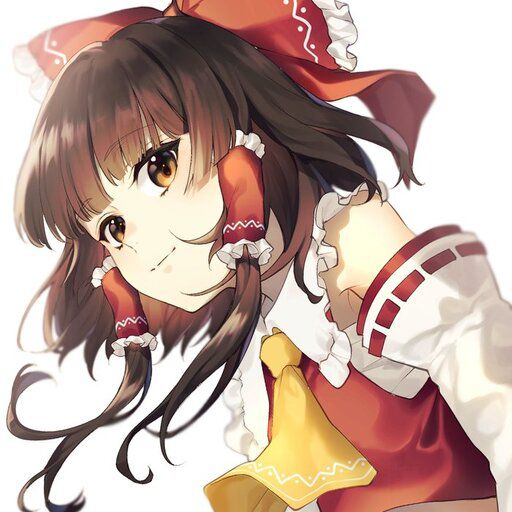 Simply suggesting that the study was commissioned by Beyond Meat (without verification) is not a scientifically literate way to refute a study.

Really? Is this just because the findings would agree with your viewpoint or? "Yes, this study that we paid for says you should buy our product, nothing to see here!"

I don’t eat fast food much, and if I do I prefer local joints that use actual beef in their burgers. I am talking about hand-pattied burgers sometimes those menus with the black background and white snap-in letters. You walk in or walk up to the place and you just know the food’s gonna slap.

Holy shit this is cheap. It’s around the price I paid for my Pixel 4 XL so this is a no-brainer upgrade.

The human issue has nothing to do with dieting. You should actually look into the human exploitation behind quinoa.

Just to clarify on my previous comment, if you’re accusing me of being a climate change denier that’s going to be a losing battle. You’re talking about someone who shelled out extra money for 80+ Titanium PSUs for my homelab as well as wiring up a 240v circuit for said equipment (plus networking equipment) just because it was like 10% more energy efficient to do so. I also have solar panels, a tankless water heater, fancy ass quadruple-pane windows, and I am even looking at the costs of a geothermal heat pump system so that I don’t even have to resort to electric resistive heat on days when my heat pump doesn’t do the job.

Yet magically this never happens outside of examples of defective products. The 6P was a defective product, it was not the battery aging naturally it was a bad batch of batteries to begin with. There’s also the bootloop issue but that’s off topic (don’t care got a free Pixel XL out of it, and I still use that phone daily as a media remote/GV phone and strangely its battery doesn’t just randomly die out).

It’s almost like Apple, again, only used the battery excuse because they got caught slowing down older phones. If this was really the reason they would have at the very least notified users about it or even added a toggle to let people decide if they want full power at the risk of this alleged issue. Again do you expect me to buy that Apple had to hide it, that they couldn’t market it as a feature to "preserve the longevity of iPhone" or something?

What statistics? You mean the ones paid for by Beyond themselves? Yeah sure let’s trust shill stats paid for by the company that wants to look good.

You just admitted that you only care about harm to animals, not people, so you backed yourself into a corner.

We’re talking about cruelty and harm to animals, not people.

Ahh, so that explains why vegans flat out ignore the ethical issues behind some of the favored vegan crops like quinoa.

I am not even talking about McDonalds burgers per se, but real burgers vs plant burgers in general and yes even read meat is going to be much healthier than hyper-processed sodium packed whateverthehellthisshitis. You should actually be honest and look up the guidelines regarding processed foods and especially sodium intake. Plus, you don’t have to eat red meat, turkey burgers and the like are a thing ya know.

Processed foods do not get healthier over time they’ve only gotten worse, actually. Healthy processed food is a borderline oxymoronic phrase.

Society will never give into your fad diets lol. People will get bored and move onto the next fad diet and these companies cranking out this hyper-processed garbage will die out. The only good to come out of this recent wave of fad diets is there’s now more gluten-free options which does benefit people with Celiac Disease, and hopefully that remains after the wave of veganism is long dead.

Cope and seethe, you’re just mad that people are calling you out on your "I’m saving the planet by eating this hyper-processed food" bs. Also what have you done personally to actually reduce your carbon output? I am curious to know.

people who don’t want to kill an animal to have a meal.

Cool, so how do you justify the animals killed that are deemed as "pests" to common vegan crops?

But they seem to infer most likely plant meat companies are causing less than or equal to the same amount of green house gasses as real meat companies like Tyson.

That’s quite a grasp there bud, and what’s your cope going to be when it’s discovered that they’re just as or more harmful than meat products? It’s already proven that these products are much worse for you than burgers so the only thing you can grasp on how is the environmental aspect.

Maybe you didnt read the article? Or maybe you thought because people had to sign up for an account, no one would check it and call you out?

Lol "Call me out" no one is calling me out with your nasty ass hyper-processed shit that smells like a 3 week old gym sock when you cook it.

That’s a flat out defective product period, not an example of this mystical battery aging to the point it shuts off randomly. Batteries don’t do that, they just lose capacity until they can’t hold a charge at all anymore. Apple did this to try to force people to upgrade, full stop.

I became a vegetarian because I care about the welfare of other living beings.

Oof, well I have some bad news for you there… Not only do more animals die for vegan crops but there’s a bit of human rights issues when it comes to crops vegans tend to go for like quinoa
https://web.colby.edu/st297-global18/2019/01/22/superfoods-dark-side-increasing-vulnerability-of-quinoa-farmers-in-bolivia/

Most of these companies would even tell you they are trying to get the meat eater to cut down their meat consumption.

If that’s the goal, this hyper processed "food" isn’t going to cut it tbh. Processed foods are something that any dietitian will tell you to avoid as much as possible and for me that means meat is always going to be the better dietary option compared to this..

Beyond paying for the only study that shows plant-based meats are better for the planet:
The only way to access the study is Scihub, and I am sure the mods here would not be happy with piracy in the comment section. I can leave you with this article on the matter, however (it also does mention the study being commissioned by Beyond):
https://www.nytimes.com/2021/10/15/business/beyond-meat-impossible-emissions.html

Lol, I don’t watch OAN, Fox, or any of the stereotypical outlets. Speaking of, HMMMMMMMMMMMMMMMMMMMMMMMMMMMMMMMMMM strange wording for a bill that you claimed doesn’t have an exemption for rape and incest. In fact every "heartbeat" law passed has such exemptions, go figure. Go on though, you people usually hit up with the emotional blackmail when cornered.

I would hope you’re not talking about the Butterfail keyboard which was so bad that Apple admitted defeat and removed it from Macbooks.

That seems like a hacky workaround for something that should just be handled in software, plus you’re consuming charge cycles by letting your battery drain more, even if only 1-2% on standby. On Pixels there’s a neat feature built in that will time charging with your alarm in the morning instead of rapid charging up to 100% as fast as possible as it would normally do during the day.

Awwww is someone tearing down your virtue signaling? You remind me of the people who thought they were saving the planet by buying a Prius. Yes yes the super highly processed foods (that literally any dietitian will tell you to cut down on) are better for you and the planet than raw natural meat, that’s why the only study so far that’s in favor of fake meats was paid for by Beyond themselves right?

I’ve had the displeasure of cooking and eating both a Beyond patty and an Impossible patty, along with some other less popular brands, and all of them came off exactly as I described. I’ve also ordered them at restaurants, same results. Also TIL that beans are meat.

It’s mostly vegans you see going after these products, though. These companies also specifically advertise these products as "vegan" rather than "meat alternatives" and who do you think that appeals more to?