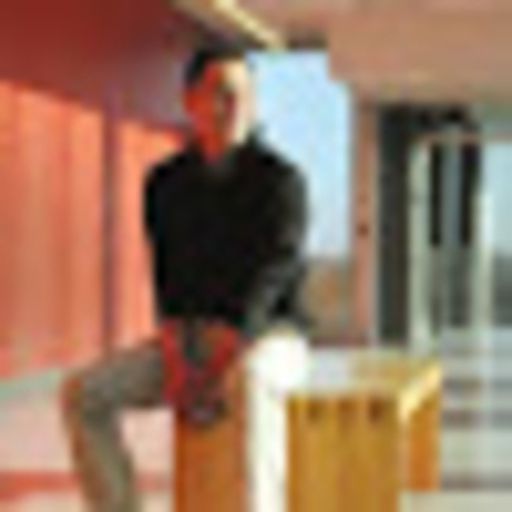 This apostrophe thing is really weird. It’s obviously happening, but I’ve used lots of apostrophes without any issues. I’ve used two just now to see what happens, and my comment posted just fine. So I wonder if it’s specific to some users but not others?

I’m with you. I had many Wemo switches and plugs, and the firmware updates bounced between making them worse and then fixing the mistakes. I jettisoned all of them in favour of TP-Link Kasas.

It’s too bad, because the Wemo hardware was decent.

I’m guessing they meant the Buds Pro or the Buds 2.

So, I agree with you that most people can’t tell the difference in sound quality, and I don’t personally worry too much about that stuff. However, there’s nothing wrong with manufacturers wanting to put in the time and effort required to improve sound quality, which will eventually raise our baseline and may lead to other improvements along the way.

The same could be said for lots of other technologies. It’s just about moving forward. In the meantime, Samsung and lots of other companies will sell lower-cost earphones that are good enough for most people, so consumers benefit now and in the future.

Agreed, I don’t think the engineering is far enough along at this point in time.

Apple accepts Google’s money to be the default search because it also benefits Apple. If Google offered money to adopt RCS, then Apple has very few reasons to say yes, and many reasons to say no.

I like to think that Google tried to get a video call going, but the Apple execs rejected their Google Meet request and the Google execs can’t use FaceTime.

Industar-61's comment on DeWalt gave my power tool battery the power of USB-C,

ench's comment on DeWalt gave my power tool battery the power of USB-C,

Wojty's comment on DeWalt gave my power tool battery the power of USB-C,

dadsweater's comment on DeWalt gave my power tool battery the power of USB-C,

Those are long-term measures. Spain needs to do something right now to avoid an energy crisis right now, and then follow up with improvements to housing. Even that’s not so simple when you’re talking about centuries-old dwellings. You can’t easily retrofit a heat pump into a house that doesn’t have ducts or a space outside to put the heat pump.

Incentives for energy efficiency also do very little for low-income families and individuals living in run-down buildings. If you want proof of that, consider how many residential buildings in North America lack proper insulation or decent windows. An incentive means nothing if you can’t pay the rest of the bill.

I lived in Ontario for 18 years, where the winters are extremely cold and the summers are extremely humid. But in the winter you stay home and put on more clothes. In the summer, you can’t escape humidity without closing every door/window and blasting the AC. As soon as you open the door, you break into a sweat.

The only fond memory I have of humidity is when we’d have a sudden thunderstorm seemingly without warning. 20-30 minutes of torrential rain and lightning, followed by a blessed period of cool air…before the humidity built back up again.

I don’t miss that at all.

To take this further, five is actually below average on a 1-10 scale. Five would only be the middle if the scale were 0-10.

But as pointed out, "relative to the scale" is different from "relative to other reviews". If everything gets 8/10, then the expectation becomes that anything less than 8 is a bad review. In reality, there are just a lot of really good products getting solid reviews.

"All of India" can’t be in the "first iPhone" demographic.

There’s probably not a direct answer to this, unless Apple releases data to show the
first iPhones that were ever attached to Apple IDs. I think that’d be really interesting to see.

commented on Apple should have followed Google’s Pixel 6A playbook with the iPhone SE, Aug 3, 2022, 3:50pm EDT

I know they didn’t say children. I said that my perception was that children make up much of the demographic. It’s no different from you saying that you think there are a lot of people switching from Android to the SE.

I don’t personally think that would be a significant number, but again, I don’t know what the data says.

commented on Apple should have followed Google’s Pixel 6A playbook with the iPhone SE, Aug 3, 2022, 3:44pm EDT

The vast majority of existing IoT devices were not going to be Matter-compatible on their own, so I think what really matters will be how well Matter border router enable old devices and new devices to interconnect. There’s nothing stopping anyone from releasing a border router that has Z-Wave, Zigbee, Thread, Wifi, and Bluetooth radios, then making all of those devices available on a Matter network.

From this perspective, I think it’s fine that they added the TPM. It’s more important to set up future devices as well as possible, because once they’re out there it’ll be harder to make changes effectively. But I only think it’s fine if the border routers are effective at combining old tech and new tech.

I do a lot of gaming and TV-watching on my Pixel 4, and I’ve never had any trouble hearing anything.

True, but when engineers design rear-firing speakers, they do so in very specific circumstances. If you point all of your speakers forward in a concert hall, you ignore the natural acoustics that are part of the architectural design. By pointing some speakers toward the walls and ceilings, you get natural reverberation and the "concert hall" effect.

(Side note: I had a music teacher who hates the designs of newer churches, because they’re often designed for PA systems and sound terrible with choirs.)

Many new TVs have rear-firing speakers, but there are two factors here. First, they’re expected to be placed/mounted against walls. Second, TV speakers are often intended to be mediocre, because TV makers want you to buy matching sound bars/systems.

You can’t design rear-firing speakers for mobile devices, because you can’t predict the environments they’ll be used in: bedrooms, classrooms, offices, airports, cars, beaches, etc. They will sound different in all of those scenarios.

When speakers end up on the back of a device, it’s because the designers couldn’t find room to put them anywhere else…not because they thought that it delivers better sound quality.

Speakers that point directly toward you seem like they would sound more crisp, and things would in general be easier to hear/understand, but it doesn’t play out that way.

It actually does play out exactly that way. That’s why surround sound systems often have a centre-channel speaker that sits below the TV and points right at you. Or why we face people when talking to them instead of facing directly away from them.

Note I said "toward me," and not "toward you." Maybe you prefer your stereo output to be louder and crunchier above all else. In that case, you want speakers pointed toward your face. I prefer a sound that seems to fill the space over a sound that’s a bit blastier, so I prefer the speakers facing away from me.

I acknowledge that this is your preference and opinion. However, I think what you may actually be experiencing is that speakers that sound "crunchier" and "blastier" are just not very good speakers (or are driven by bad amplifiers). This if often the case with mobile devices (including the Switch), both because they’re very limited by their sizes and because they don’t tend to get much attention. In some scenarios, they’re going to sound better when pointed away…but this is rare and lucky. Otherwise, we’d intentionally design every speaker to point away from us.

Bottom line is that your experience may be absolutely true for some of the devices you have with rear-firing speakers. However, the Pixel 4 isn’t such a device, and you may not think this if you had the benefit of better speakers.

By the way, I’m not an audio snob. I’ve just worked with audio systems for theatre and live musical performances in the past. What I personally like is cheap speakers that deliver better-than-expected audio quality (like the used JBL Pebble speakers I recently bought for $15).

Is there data to support this? My perception is that most children’s first iPhone is a hand-me-down from a parent, and I would imagine that they’re the largest share of the "first iPhone" demographic.

commented on Apple should have followed Google’s Pixel 6A playbook with the iPhone SE, Aug 2, 2022, 3:28pm EDT

HTC still exists. They just sold their phone division to Google. They still make the Vive VR headset, but I don’t know what else they’re up to now.

commented on The Google Pixel’s squeeze for assistant was a button without a button, Jul 30, 2022, 11:37pm EDT

Keep in mind that wide/narrow is just a reflection of aspect ratio. If two screens have the same width both physically and in pixels, the taller/narrower one actually has a larger usable area. You only gain width if the shorter/wider one has more horizontal pixels.

What I find amusing is that manufacturers keep using diagonals to describe screen sizes, even though they’re useless now that aspect ratios are all over the map. It would make more sense nowadays to measure screen sizes in terms of surface area.

Personally, I don’t like wide onscreen keyboards. That would be my biggest concern about getting a Fold.

Make a Flip that’s as wide as the Note and I’m all in.

Wouldn’t this be the same thing as just turning the Fold sideways?

Bonus if the outer screen is eInk, because why not?

Totally agree. It’s a great use for eInk.

I love the ideas that LG tried out, but they were often half-baked. After the G4, it seemed less like they were doing things that they thought would really benefit users and more like they were just trying out fun ideas. Great to read about, but doesn’t make you want to buy their products.

The G6 was a good example. Modular phones were a potentially great idea, but requiring you to power down the phone and swap the whole battery every time was a horrible approach. They could have solved that by not making the batteries part of the mods, or giving the phones small batteries or capacitors to enable hot-swapping. It was a complete lack of common sense.

I also loved the concept of the Wing, but it didn’t really map to desirable use cases.

badyl's comment on The OnePlus 10T won’t have a mute switch — here’s why,