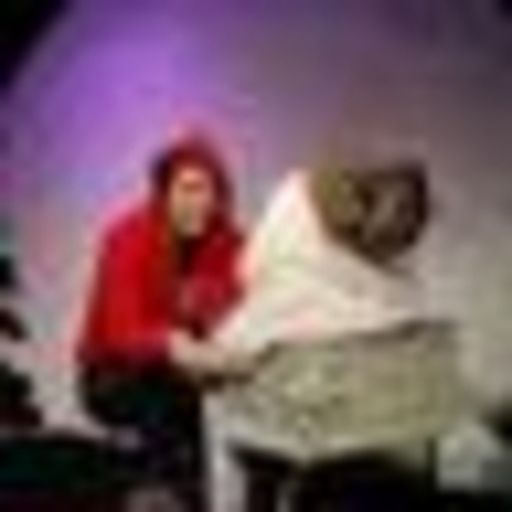 Too bad Teams is also laggy with a terrible UI.

Quick update but I had this refresh come through today. In the quick settings you can choose to hide either/or Meet and Chat apps. If you hide both so that only mail is an relevant app for the side menu, then the extra sidebar is removed entirely and you just get the mail sidebar.

You can set it to auto collapse so all you see is the thinner of the menus, and then hovering over the mail icon has a pop up with all the sub folders etc. If you’re a heavy label user maybe that’s be a pain but.

the fact that people can’t agree will lead to Instagram still prospering.

It’ll also be why Instagram will face an uphill battle for short form video sharing but, given they’re fighting a player with the momentum and user mindset.

It is interesting, given Facebook (Meta) by and large purchased Instagram and WhatsApp because these specialised apps had success where Facebooks successes were constrained when they tried to compete with those apps within Facebook proper. At the time they seemingly acknowledged that having these dedicated apps was appealing rather than one app necessarily trying to be all things to everyone.

Any time they’ve tried to jump on someone else’s success they’ve also been too slow anyway and the momentum, mindset and audience for that feature is already with the other app. We’ve seen that already with Snapchat clones getting shut down.

Totally agree that there’s merit to them sticking to their own lane, or at least being very careful about moving out of it.

I should add I have an Apple Watch (with cellular) too which massivelllly if not outright cuts down my need to have my phone ringer on. The watch isn’t for everyone but.

Yeah for sure. Not advocating for it to be unnecessarily removed, but if it was I’d adapt and they can potentially map it to the volume buttons anyway (such as up + down simultaneously if the buttons are discrete). Worse case one can hold vol up or down to go to and from a vol of zero.

My use case is simple enough but where I can set focus up and have my phone auto toggle do not disturb based on my fixed office location though.

Having the download starting prior to shutdown shouldn’t really be necessary but. They should be scheduling an occasional wake up to check for upgrades and then going back into standby if there are none. Once or twice a day would do the trick.

Certainly I find since enabling energy saving mode that there’s always a stack of downloads queued up, to the point that I’m tempted to disable the feature and go back to the traditional stand by mode.

Even downloads that were in my queue at the time I powered down don’t seem to progress from my experience and are there still next time I boot up. It’s all a bit ineffective unfortunately, but was fine until I enabled energy saver.

At the same time I’m not sure I’d miss a mute switch. Barely ever touch the switch on my iPhone as I opt to leave it muted almost 24/7, so I wouldn’t care a great deal if it was either a button on the control centre (or android equivalent) or if they did something like have you press both vol up and down simultaneously to toggle mute.

If the device was thicker and they used that as a way to add a few percent more battery, then that’d make the trade off meaningful but.

They basically gave up saying they’d fixed it for the final 2019 revision. Within what was weeks of launch of a final iteration on the materials used, they more or less preemptively added the 2019 MacBooks to the same service program before there’d been any real period since launch or time for issues to be reported for that release. By that point I think they knew the design itself was bust and the fix was the 16" model arriving 5 months down the road, not another change of materials.

Yeah, love my 2019 16" keyboard. The models been on the market for 2.5 years so they’ve had plenty of time to fail in bulk if that’s what they were going to do. Current keyboards for the most part appear to hold up by and large and any failure rates presumably is a much much lower rate.

Which games not called Halo have 343 made in the last few years? Which game is 343 working on right now?

343 would continue to develop the franchise. Bungie wanted out from MS in part because they wanted to do something else. If they came back now there’s no reason I feel to believe they’d be forced back into Halo as MS has built a studio in the mean time to work on that franchise.

Never mind the Activision acquisition along with Bethesda has given them over half a dozen studios that have strong experience in developing FPS, if they decide they want a studio other than 343 to work on the franchise. I’m sure a few would jump at the opportunity to work on Halo instead of the next Call of Duty.