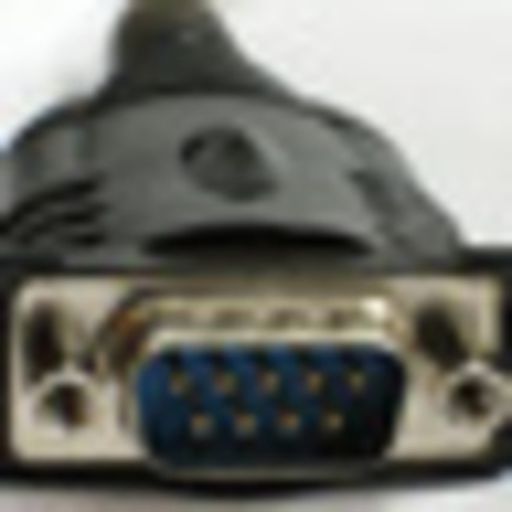 Tesla originally used their own connector in Europe. I think it was only when the Model 3 arrived that they switched to CCS.

They could just limit the output on CCS to the max of a typical 400V architecture non-Tesla (150kW?). It wouldn’t be great for Taycan or Kia/Hyundai drivers, but it would be much better than nothing and probably better than having to defend yourself from angry Tesla drivers who you’ve inadvertently charger blocked.
If I was Tesla, I’d be working on a new version of their SuperCharger that works with 800V (or higher). That way they’ll have to option to start using 800V architecture in their cars at some point in the future.

One advantage of the plan to add additional cables for CCS to Tesla chargers in the US is that they can make the cable longer to accomodate different charge port locations.
In Europe, the Tesla chargers were already using CCS, but the cables are only long enough to reach a charge port that’s in the location used by Tesla. So now they’re being opened up to everyone, it causes issues with not being able to park in a way that the cable reaches without blocking another charger.

Tesla in Europe are already using CCS as it’s mandated by the EU, so it would be very easy for them to do the same in the US.

VictorReeds's comment on YouTube now highlights the most replayed parts of videos to let you skip the boring parts,

There are companies in Europe already trying out EV trucks (a.k.a. Semis), so it’ll probably be all figured out before Tesla delivers anything.

This article is literally about Samsung working with Google to connect up different health services.
No, they just don’t like that Samsung watches and phones use Samsung’s services as defaults instead of Google’s.

commented on Google and Samsung join forces to make it easier to sync fitness data between apps, May 16, 2022, 3:41pm EDT

Unlike Samsung and Apple, Google doesn’t tend to force (or even push) users into its ecosystem

Every Android phone being forced to include Google Chrome, YouTube, Google Maps, Drive, etc. to get the Play Store is Google trying to force you into their ecosystem. Plus, they have a bunch of features that only work with Android devices or Chromebooks, which means you only get those benefits if you stick in Google’s ecosystem.
The Pixel watch isn’t going to give you a choice of anything other than Google Health and Google Pay (or is it Wallet now?) is it?
They’re still more open than Apple, but I’d say their ecosystem is less open than Samsung’s.

commented on Google and Samsung join forces to make it easier to sync fitness data between apps, May 15, 2022, 7:26pm EDT

You can plug in one cable into a laptop to get power, external display and peripherals, but it requires an expensive USB-C dock.
Having extra ports doesn’t prevent that. However, the extra ports are incredibly useful to anyone without a dock, or anyone who uses their laptop out and about.

What sort of diagnosing are you doing on an iPhone with the lightning port?
There’s WiFi for transferring data without the internet. If you take a small wireless charging pad with you, you can use it anywhere that you could use a normal charger.
Smartwatches are already effectively portless, so it certainly can be done.

For years Google has been working to make Android phones work better with Windows, and Wear OS is designed to be compatible with iOS

Has Google done anything at all to make Android phones work better with Windows? Microsoft and Samsung have done lots, but Google only ever seems to do integrations with Chromebooks (like their nearby share feature).
Also, the latest WearOS doesn’t have iOS compatibility anymore. Galaxy Watch 4 doesn’t work with an iPhone and neither will the Pixel Watch.

commented on With its Pixel Watch and tablet, Google is getting serious about its own ecosystem , May 13, 2022, 6:03pm EDT

willentrekin's comment on Amazon’s made it a little harder to buy Kindle books on Android,

bettaboy123's comment on Amazon’s made it a little harder to buy Kindle books on Android,

It’s Google that’s banning the current experience where the purchase is carried out using Amazon’s own payment provider.

A lot of German car brands already do this. They have soft rev limiters that only apply when stationary. Car YouTube channels constantly complain about it.

Yeah, seems strange not to mention the obvious alternative for accessing Amazon apps.

Novotus's comment on Amazon’s made it a little harder to buy Kindle books on Android,

Okay, I’ve installed Signal and none of my contacts use it, so that’s pointless.

commented on WhatsApp rolls out emoji reactions, bigger files, and massive groups, May 6, 2022, 6:17am EDT

commented on WhatsApp rolls out emoji reactions, bigger files, and massive groups, May 6, 2022, 6:08am EDT

If someone has access to your phone and the pin/pattern, they can just use your saved passwords on your phone.

commented on Apple, Google, and Microsoft will soon implement passwordless sign-in on all major platforms , May 5, 2022, 6:11pm EDT

Apple knows what they need to do to comply. They just need to allow 3rd party payments in apps, it’s not complicated. In fact, Apple already allows this for the many apps that sell physical goods and services.
Instead, Apple adds additional conditions to try and make life more difficult for developers and users to take up this option.
Apple’s worst case scenario is that they allow 3rd party payments for these apps, it works well, and other app categories and legal jurisdictions demand the same changes. They’re trying everything to avoid this, but luckily the Dutch regulators aren’t falling for it.

enact the reforms they want, codify them in law, and then defend those regulations when they’re inevitably sued for overstepping their authority

That’s not how anything works in Europe. Plus, Apple have already gone to court to try and overturn the decision of the regulators and lost.
You can see the difference by the fact that Epic had to file a lawsuit to look at possible monopoly abuse (and spend huge amounts of money on lawers), but in the Netherlands the dating app companies could simply make a complaint to the regulator.