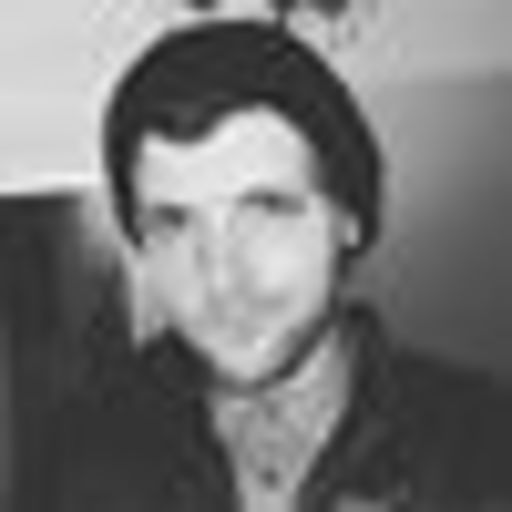 Urgh. I dont by any means have a problem with Kim Kardashian, but she is not known for fitness or music. Doesnt really make sense as a collaboration. Something about this just rubs me up the wrong way.

This was an incredibly dumb move on Telegram’s part. They look cool, but how did they think this would be okay? Baffling.

I don’t mind if the ads are only search results.

commented on Samsung’s Galaxy Z Flip 4 is a fashion-forward foldable with minor improvements, Aug 11, 2022, 2:22am EDT

Except Apple don’t have a search engine.

Because the number appears within the battery icon, it has to appear fully charged at all times for readability. So even if you’ve got a paltry 10 percent battery left on your phone, the icon itself still looks full.

Okay – so they use a vague visual metaphor for your battery life, and that’s not good enough. You want a specific, accurate number. They provide the precise number, and you’re mad because they removed the inadequate vague visual metaphor. Even though the number explicitly tells you how much battery you have left.

Doesn’t even matter what they call themselves. Who cares?

commented on A leaked Tomb Raider script is looking pretty legit now that Square Enix DMCA’d it, Aug 4, 2022, 8:39am EDT

Haha seriously? If the new series is a mix of the old and new games, could be pretty incredible. Shame to miss out on it because Lara kissed a girl (and she liked it).

commented on A leaked Tomb Raider script is looking pretty legit now that Square Enix DMCA’d it, Aug 4, 2022, 4:37am EDT

I don’t think they were saying it made half a billion profit. They were 2 separate statements.

As somebody who agrees that sometimes shoehorning representation into media can be a bit tedious, I could totally see Lara Croft being bisexual.

commented on A leaked Tomb Raider script is looking pretty legit now that Square Enix DMCA’d it, Aug 4, 2022, 2:38am EDT

Obviously that’s just my opinion but we’re seeing flicks like Thor L&T barely making a profit so something’s not quite right.

I’m not clued up on the numbers for Thor, but it could be Marvel fatigue. They’re releasing so much content now, and a lot of the Disney+ stuff is quite mediocre. It personally makes me less excited for everything else.

X-Men and Morbius weren’t Marvel Studios, they’d have had no effect on the success of the MCU. As far as I’d say, hardly any Marvel Studios films (especially in recent years) are generally considered "awful".

The definition of "Largely" is "to a great extent; on the whole; mostly". It’s not accurate.

Just be like UberEats, they go and pick it up and deliver it. Why not!

commented on Amazon brings the mall to you with same-day GNC, PacSun deliveries, Aug 2, 2022, 5:54am EDT

Imagine a world where creating a great product, treating your staff fairly, and having enough money to sustain your business and explore new ideas was enough.

Zman101's comment on Apple’s latest iOS 16 beta ensures you can’t hide your mistakes with an edit,

Zman101's comment on Apple’s latest iOS 16 beta ensures you can’t hide your mistakes with an edit,

I think this application is really exciting. Imagine being broke but being able to have an AR 50" TV on your wall.

commented on Zuckerberg says Meta and Apple are in ‘very deep, philosophical competition’ to build the metaverse, Jul 27, 2022, 3:25am EDT

You know what baffles me? For the most part – I think Apple do a great job with iOS software. There’s been a few issues, bugs are becoming more prominent as they open up the garden, meaning more patches. But still, for the most part, it’s a pleasant experience.

But where I think they fall down is stuff like the cloud. Apple Music for web has been consistently awful. The number of issues I experienced trying to use it in Chrome on Windows was/is unforgivably bad, I had to resort to using Edge.

Their iCloud web version leaves a lot to be desired as well. Stuff like file syncing and management leaves much to be desired.

They have all the money and resources in the world to throw at this, so it’s a surprise it’s been so flimsy for so long.

Edit: Also a decent "Year In Review" playlist feature is very sorely sought after, year after year they look embarrassing next to Spotify, yet they continue to half-ass it.

commented on Zuckerberg says Meta and Apple are in ‘very deep, philosophical competition’ to build the metaverse, Jul 27, 2022, 3:22am EDT

it starting opening up its website to "businesses" that flooded the listings and drowned out the real offerings.

They really didn’t need to change his character to make him fit.

commented on Marvel confirms new Daredevil series for Disney Plus, Jul 25, 2022, 7:07am EDT

I wouldn’t say it’s perfect, but it’s something

Yeah I mean, it probably won’t be on any products. Maybe just a little logo on some* packaging. Don’t think it matters all too much.

* Definitely not on Apple packaging

Who do they owe free ones to?

Jokes on you. He replaced himself with a Tesla robot and you didn’t even notice!

Is it? Do Android users buy app these days? Haven’t had one for like 10 years.