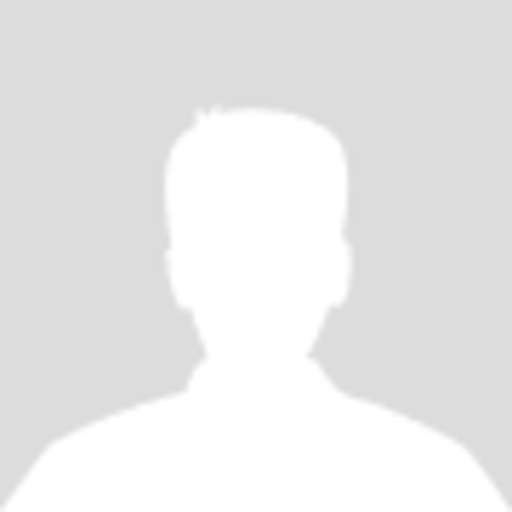 Web editor for 5 years, web producer for 10, business owner for 7. I've worked for a major gaming web site, a major game publisher, and a fairly well known cable TV network. At the moment I run my own business, and I do everything. Marketing, accounting, photography, videography, hiring, firing.

And in six months we’ll be reading about how you can’t buy a phone anywhere cause they’re all sold out.

If we’ve learned anything over the past couple years, it’s that major electronics companies suck ass at forecasting demand for their products, especially during turbulent times.

If there’s one thing I learned while owning a Mini (which is a BMW with a different name badge), it is this: do not have a tire failure in a BMW. My Mini had BMW’s roadside assistance whatnot (which I paid extra for); we called them when our tire failed literally on the entrance to the Williamsburg Bridge and we were told to just drive the 20 miles home with it. On the highway. They told us we were free to stop somewhere and get the tire replaced but it would be at our expense and we’d have to drive it ourselves since our car had run-flat tires. They were not going to do anything about it – they certainly were not going to allow us to use the roadside assistance that we paid for and were trying to use for the first and only time. Do you know what run-flat tires are? They’re just tires that go flat like any other tire but then are made to not fall off the wheel. But they feel and sound exactly like any other flat tire. And they’re limited to 50mph and 50 miles of use, provided you’re comfortable with the sound and feel of driving on a flat tire at 50mph. Perfect for highway driving!

Ignoring the fact that they fleeced us on our lease return (made us pay a total of $1,200 in extra fees), that experience alone made me swear I’d never intentionally drive another BMW. It is pretty goddamn demoralizing to pay extra for roadside assistance from a supposedly high-end German brand, have your tire go flat at night literally on a major bridge, and then be told to basically go F yourself.

Also, we had tires go flat on this car a total of five times. (This was the only time we called BMW; the other times just happened when it was parked.) The fact that it happened to the reviewer of this car in this article makes me wonder wtf is going on with BMW and the tires they’re choosing for their cars. I have never, ever had a flat tire in any other car, in about 35 years of driving.

Now, all that said, we’re getting closer to an electric car I might actually want to buy at some point. I wouldn’t buy this one, but I’d buy one similar to it from another manufacturer that wasn’t a bag of dicks (that also rules out Tesla, btw), that didn’t weigh 5,700 lbs. (that’s just ludicrous) and that doesn’t have a front end that looks like a 1970’s mail truck. But from the sides and back this thing looks pretty nice, and it’s got decent other specs.

This is how The Matrix starts!

Is this in any way based on or inspired by the French TV series The Returned? That was a pretty new take on the zombie thriller genre, with people who had previously died randomly returning and seeming to live normal lives. But of course something was off with them, and the series was a slow descent into craziness like this movie seems to be.

commented on In Resurrection’s first trailer Rebecca Hall is steadily losing her mind, May 13, 2022, 8:44pm EDT

I had the XM4’s for about a week; I returned them because they sounded like hot garbage. Yes, I tried the EQ in the app. All that’s doing is attempting to compensate for shortcomings in the natural design of the drivers, and I never was able to get them to sound anything close to "good".

So for me, seeing that they’ve apparently "tightened" the sound quality – and while this isn’t a technical term, it’s clear after listening to the XM4’s what it hopefully means – is the biggest and most important change to the XM5’s. It might give me enough of a reason to try them out again, although I’ve since bought a much cheaper set of non-noise canceling studio monitor headphones (the ATHM50xBT’s) that blow the doors off the XM4’s in sound quality, and when I had the XM4’s I realized that my $60 set of cheap off-brand noise canceling headphones sound almost the same and block about the same amount of noise too. So I may just continue to live with two sets of headphones for different purposes – one for critical listening, one for travel.

But I have been hoping for that holy grail set of headphones that both sounds good and blocks a bunch of noise. Maybe the XM5’s are finally it. Hopefully I can try them out in a store one day.

quarterburn's comment on Google thinks the time is right to bring back Wallet,

More likely, give it two years and Google Pay will be gone. Then, in two more years, they’ll both be gone. That’s a typical Google product life cycle these days.

The first Android tablets, like the Motorola Xoom, were great for their time. At least as good as the original iPad, and quite different too, as Android in general was from iOS back then. Some of us liked it specifically for that reason. Android was the "cool" tablet OS. It looked better, and it had more advanced features. And at that time, Google was developing separate interfaces for tablets and phones, like Apple is now. That was something Google did first. But the two companies ended up going in opposite directions on that (which not all of us agreed with even back then; Google seemed to be following Apple, but Apple had its own plans that made Google look foolish in the end).

Google kind of lost the plot on tablets pretty quickly. I owned a Nexus 7 after my Xoom and despite the positive reviews, it just felt like a big phone and I ditched it as soon as I got my Galaxy Note 2. By that point, Google had stopped making a separate tablet interface. I did also buy a Galaxy Tab S mainly as a cheap tablet to watch videos with on my elliptical machine, but really that’s all I used it for. Google basically ended up in the proverbial race to the bottom in terms of price and features. But it wasn’t always like that. I still have my Xoom and take it out every once in a while to look at it and think about how cool it was at the time, along with what might have been.

I have no confidence at all that Google has learned any of the lessons of their tablet failures after seeing this Pixel Tablet, though. It honestly looks a lot like a Xoom, in white. The problem is that the Xoom came out in 2011. And it still has a cooler interface than this.

Both things can also be ugly. OP never said he thought the Apple straps were beautiful.

Until they discontinue the entire line after 2 iterations.

No, MSRP does not go "up and down". Retail price goes up and down – that is not MSRP. I don’t think you really know how retail pricing works.

Scalpers price based on supply and demand. It has nothing to do with MSRP either.

If the government can arbitrarily force ISP’s to block a site it claims is hosting content illegally, then I don’t see what’s to keep it from forcing ISP’s to block sites that, oh I don’t know, call its "special military operation" a "war".