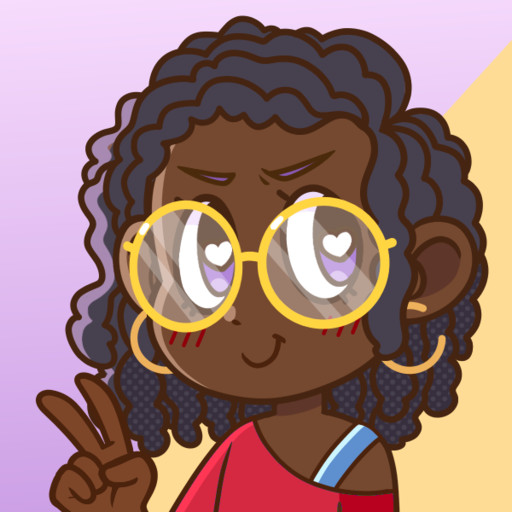 Product Designer and Web Developer with a lot of hot takes

Regulatory pressures to open up alternatives to in app payments. South Korea already created an anti-steering law, I’m sure others would follow suit in time. If Apple just voluntarily gives up disallowing outside links to purchase digital goods/subscriptions, then other countries, regulators and courts won’t keep having to probe Apple over it.

Yeah, but they’re in a lower segment, so you have to adjust your expectations accordingly. My Ikea chair was fine until I suddenly found myself sitting in it all day while working from home. I ended up investing in a Herman Miller Sayl chair and I’ve been very happy with it. Granted, it was a large difference in price compared to Ikea, but on the spectrum of office chair prices, it wasn’t that bad and I think agreeable with most people’s seating preferences. Also probably a pretty good gaming chair, which I think Herman Miller also sells it as.

I imagine that the anti-steering rules aren’t that much of a concern for Apple in that the companies large enough to be trusted vendors users would give their credit card information to directly probably were weighing not having in app purchases at all in response to Apple’s rules, like Netflix and Amazon, or were already in the process in trying to sue/get regulators on their side, like Spotify. If anything it takes a huge weight off of Apple moving forward provided they don’t try to claim a commision on purchases lead from in app redirects.

This is great news for Netflix and Spotify who can now point users to their own sites from within their apps to subscribe, provided that the in app purchase ruling stands.

I think according to their rules no, since according to Apple it’s running software, and that software being off device doesn’t circumvent the App Store approval process. I think it’s BS since there’s no more security risk or potential harm to the device than if you’d just used the XCloud web app. I wish that Microsoft, Google or Amazon would raise the issue with regulators for XCloud, Stadia and Luna respectively.

commented on Apple concedes to let apps like Netflix, Spotify, and Kindle link to the web to sign up, Sep 2, 2021, 9:00am EDT

WB actually had some wins with their simultaneous release, notably with Godzilla vs Kong. WB is actually pretty coy about their strategy moving forward. The studio only puts out somewhere in the neighborhood of 20 movies theatrically per year. Next year 12 of those movies are going to be day and date releases on HBO Max, the remainder being theater exclusive for 45 days. I say it’s coy because while WB’s output isn’t dropping, the amount of movies they actually release as theatrical exclusive is going to drop to somewhere around half depending on what next year’s slate looks like compared to prior to the pandemic.

I don’t think that the 45 day window is a win for theaters either, despite press claiming contrary. They used to have a 90 day theatrical window, and the prospect of needing to wait 3 months to see a new movie (and beyond for something like a Marvel or Star Wars movie) certainly forced consumers into theaters to see things they were interested in. Comparatively, I think that the urgency to see new releases in theaters is lessened if you, the consumer, know that you can just wait a month and a half and watch it on the streaming platform you already subscribe to. I don’t think that this change will hurt the box office potential of something like the MCU, but I do think that it does hurt anything that’s not high budget and/or has a lot of hype.

In the end, I would not be surprised if over the course of the next few years, you see most major studios shift towards Disney’s strategy of only making blockbusters and only making around 12 or so movies per year as opposed to say 20. For theaters, this means less content, and for studios this means more risk on each individual property, but probably lesser spending overall and more focus on subscriber growth than box office revenue.

commented on Theater owners are already taking a victory lap in the fight for where movies screen, Aug 25, 2021, 3:32pm EDT

This is actually pretty cool, as a fun DJ toy, especially since you can swap out DONDA with any STEM tracks.

It’s more dependent on latency. If you’re physically far from an XCloud server or your ISP has terrible, latancy prone infrastructure, you’re going to be out of luck for XCloud. Cable ISPs are more of a patchwork of systems. Given the vast difference between your advertised and real world speeds, I imagine that your Comcast connection probably has a bunch of infrastructure issues leading to latency problems.

commented on Xbox consoles are getting xCloud this holiday so you can stream before you download, Aug 25, 2021, 9:34am EDT

I’m a big believer in XBOX Game Pass. I’ve been an ultimate subscriber mostly for PC and to be able to access streaming on my iPhone (clumsily via Safari, due to App Store limitations) and it really works for me, especially since I’m primarily playing smaller independent games. I wish that it would allow you to integrate with publisher subscription options, like how Ubisoft+ integrates with Stadia, but that aside XCloud feels like the future for casual gaming.

Hopefully Apple stops being stupid and allows for an actual XCloud app at some point in the future.

commented on Xbox consoles are getting xCloud this holiday so you can stream before you download, Aug 24, 2021, 2:16pm EDT