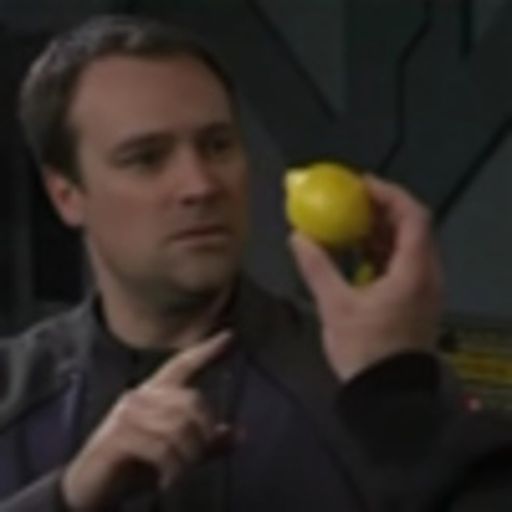 Nah, it’s that China doesn’t have portions of the country being run by death cults that are willing to thumb their nose at common sense, giving sociopaths like Musk a place to move their production to in order to evade the laws that are enacted to try to control the pandemic.

I keep saying it, but annexing Texas was a mistake for which we’ve been paying for a century and a half.

commented on Tesla’s run of record quarterly deliveries comes to an end thanks to China’s COVID shutdowns, Jul 2, 2022, 5:36pm EDT

It can be argued that Biden’s political career – the crime bill, various financial reforms and a whole bunch of stuff – has caused more damage than Trump.

Anyone who makes such an argument is an absolute moron who is so blinded by their white male privilege that they should be ignored. Biden has had some bad stances, but to put him anywhere in the realm of the guy who appointed three of the Justices who handed down this ruling is farcical.

People like you are why the GOP wins. Hope you’re happy.

Again, if a person was "apathetic" about DONALD FUCKING TRUMP in 2016 just because Hillary Clinton wasn’t their ideal candidate, they are the problem.

Democrats had 60 voted in 2008 and could have easily passed a law codifying abortion.

In which case this current Court would have struck it down under the Tenth Amendment instead of striking it down by ignoring stare decisis.

I don’t think a lot of you understand what Alito’s decision today says. The majority of this current Court believes that the federal government (including Congress) cannot make laws regarding a women’s right to bodily autonomy at all. They held that the sole power for regulating that lies with the states. It doesn’t matter if Congress had written a law, they would have struck it down the same, just using different legal procedure.

And the only reason they can do that is because Donald Trump was elected in 2016 and got to appoint three of the nine Justices.

Also, the guy I’m responding to expressly stated that he sat out of the general in 2020, meaning he was fine with a second term of Trump because he didn’t want to vote strategically for Biden. So… yeah, this ain’t on the "Democratic establishment".

Thanks for confirming that you’d rather the GOP win than have to dare vote for someone who is more moderate than you’d prefer.

You are the problem.

Hillary Clinton graduated from Yale Law, was appointed as a director and later chair of the Legal Services Corporation in her late 20s, was made the first female partner at the oldest law firm in the country when she was 32, was a multi-term Senator, and served as Secretary of State. She’s arguably one of the most qualified individuals to ever run for President.

You may disagree with some of her political positions (which, hey, I do too), but the only people who think she was "terrible" are the people who internalized Fox New’s two-decade-long smear campaign that they launched in the 90s as soon as they realized that someone like her with a national platform would be politically active in the coming years.

This is why the GOP wins elections. It’s so easy to convince "Bernie Bros" that their enemy is other Democrats and not the goddamn GOP.

I say this from the bottom of my heart: if you sat out the 2016 election because your personal brand of geriatric didn’t win in the Democratic primary, this decision dismantling the human rights of half the population of the country is just as much on your hands as it is on all the people who voted for the GOP.

We live in a first-past-the-post election system. That means that sometimes you have to hold your nose and vote for the lesser of two evils. If you can’t bring yourself to do that, you aren’t helping. I wish it was different, and hopefully someday it will be, but this is the reality of the world we live in.