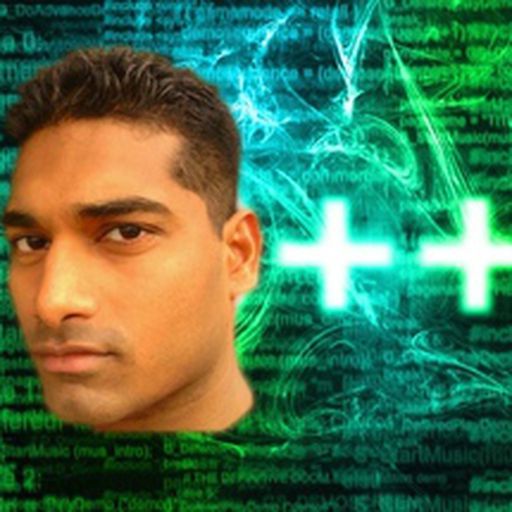 I work in Microsoft Windows OS.

You are comparing Surface Hub OS to a app/feature. The Hub OS was a completely different OS. It was experimental. If Hub becomes successful, then OEMs will ask for it and the new OS might be released to public.
Pixel first features like Camera have been around and very successful for many years and yet not released to public. The pixel camera isn’t an entire OS, its just a feature – proven by downloading the pixel camera apk on multiple android phones.

There is a clear difference between technical delays for OS features to trickle down to the eco system and deliberate strategy.

Windows features are available to general public/partners as soon as technically feasible.

The Hub, dial, and Duo are experiments which other partners are not asking for. If they are successful, partners will ask for them and they will get it.

On the other hand, OEMs like Samsung, OnePlus have been asking for the pixel camera, and other features and there is no technology reason for Google’s decision. It is their strategy, and that is what I think is ultimately an incorrect strategy.

This is mostly on Whatsapp. They can easily provide a cloud backup and restore like every other app. Whatsapp allows backing up to google drive on Android. Just provide the same service on Apple. They could also use third party cloud backup and restore using Dropbox, onedrive, or whatever.
I’ve been using whazzap migrator to make the switch for years.

Samsung is getting more confident and frankly really good at making Software. I have been really impressed with their software on Galaxy Phones and watches. Will be awesome if they can bring the same quality and performance to Windows ecosystem.

commented on The US Copyright Office just struck a blow supporting the right to repair, Oct 27, 2021, 11:09am EDT

Surface Duo is not Windows.
Surface Hub is a custom version of windows and experimental.
All of the Surface hardware patents are open to other OEMs for free.
I work in the Windows OS team and am aware of the amount of work we do to standardize any custom feature developed for Surface ASAP.
It is also driven by demand. OEMs will ask for successful features to be standardized.

Yup carefully avoiding the top performance market.
Qualcomm needs to come up with a better strategy. Apple and Google are already outperforming Qualcomm.

Google isn’t giving up the recipe. Its a service/API.

Microsoft has done the same for years for Windows


Really? Microsoft doesn’t keep any of the Windows features exclusively for their Surface line-up. Every Windows feature is available for all OEM partners to choose.
commented on It’s time for the Pixel Watch, Oct 25, 2021, 7:44pm EDT

It will become so easy to debunk any rumor.
Algorithm:
If it is on Truth (Social), it is fake.

It sends a wrong message to ecosystem partners. OEM companies make a huge bet when signing on for developing hardware for an OS. If the OS manufacturer says that it is going to hoard some features for its own products, then in the long run its a losing bet. Basically what they’re saying is that they will string Samsung along until Google can develop their own hardware.

What mattters is that Microsoft did the right thing. In a time where other big companies are completely unanswerable to anyone.

I know that is terrible advice. But that is what I see all around me.

It is not Altruism at all. Google definitely gets the better deal on Android. All Android phones are basically devices to serve Google’s content and ad network.
Google gets a share of all app revenue on Android devices.
For Google to make Android better is in Google’s vested interest (money wise).

He does have about 80-90 million customers willing to join his network. Outside of US Trump has many fans. Especially in countries like India – Trump is considered a big success and the greatest thing to happen to politics.
Wait I need to throw up…
Yeah the market is definitely there. I think he will make good money on this.

Makes sense. I was trying to avoid spoilers, but now realize I already do know the story.

Such crime has been committed before – The Count of Monte Cristo. The book is more than a thousand pages, but Movie makers were bold enough to cram it into a single movie. Completely butchered the story.

What I’ve learned in my life is never let your principles stand in the way of making money. Although I have never followed this advice myself.
But I agree with @ELUNO, if there is money making opportunity, please do. Nothing better than to steal from thieves.

I think Trump’s social media company is a good idea. This is exactly what capitalism needs – Competition. Let the free market decide. Might even be easier for Facebook and Twitter. If crazy people want to leave – Good riddance.

I hated Touchwiz, but I understand why Samsung had to do it. Google’s UI was very bland in the beginning and Samsung had to compete.
Samsung adding Touchwiz, or bixby doesn’t stop Google from doing anything. We can blame Samsung and lawyer about their contract with Google, but the real competition is between Android and iOS.
I’m not saying Google must share, or is obligated to share. I’m saying it is a misstep that they are not sharing.
Samsung sells the bulk of Android devices in US. If Samsung devices had the same feature set as Pixel – suddenly iOS faces much stiffer competition.

Sully should be older. The dynamics might not work otherwise. Drake in the games looks a little bit more mature and rugged.
I like Tom Holland, but he is not rugged.

The distribution was supposed to be that Google develops software ecosystem, and Samsung develops hardware.
Samsung and other OEMs are free to develop software on their own, but being the OS vendor and owner of the ecosystem, Google has a lot more opportunities to develop deeply integrated features.
Creating something like call assistant (to handle voice prompts on telephone services, etc.) requires deep investment in software that Samsung is not built to handle.
Samsung’s main focus is hardware innovation and they are doing their part well.

What do you do in the game? I loved GTA V – It was fun, the city and country side were beautifully rendered, the cars and missions were really fun.
But in CP2077, I just feel lost. I walked around got in the car, immediately some cops started shooting at me, felt pointless.

SomeGuy123456's comment on It’s time for the Pixel Watch,

Or google can embrace what it originally started out with. An open ecosystem. Google should open up the pixel phone features to all android phones. There is no reason for Samsung Galaxy phones to not have the same features as Pixel phones.

I would like to know how many people are actually playing the game. I bought it and there is just not much to do. Its all boring.
Or I’m too old.

yeah I know what you mean – https://publicintegrity.org/politics/state-politics/copy-paste-legislate/you-elected-them-to-write-new-laws-theyre-letting-corporations-do-it-instead/

Its hard to feel sorry for a horrible organization like that. But law being broken is bad for all of us.