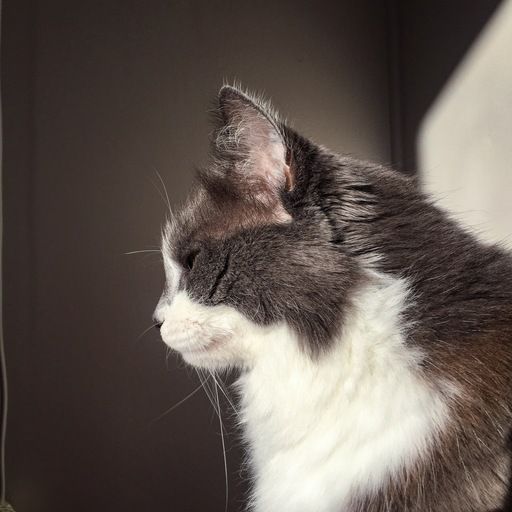 thomasbdl's comment on Ikea’s Bluetooth speaker with Spotify Tap is also a lamp,

No… I am your Bluetooth speaker.

looks great, would have been even cooler to be able to customise your phone and select whatever top and bottom colours you like from their range.

TheJDB's comment on After seeing new leaked photos of the Pixel 6, I think I finally get the phone’s unusual design,

Gatanui's comment on After seeing new leaked photos of the Pixel 6, I think I finally get the phone’s unusual design,

itsmrfungible's comment on The first USB-C iPhone is here thanks to a mod,

cupnoodles's comment on PSA: Don’t peel off the protective cover on your OLED Switch’s glass screen,

I would have thought it would be negligible but YMMV. maybe I should carry my 13 Pro Max in the other hand to counter balance

… does this actually sound horrible or is this classic internet hyperbole? because to me it’s a great idea.

why is that? I prefer the tougher glass too

Nitmare64's comment on Apple removes the Apple Watch Series 6 from its official lineup,

can confirm, I put my 13 Pro Max on charge every second night. I use CarPlay to and from work every day for 20 minutes each way which obviously helps but compared to my old XS it’s night and day.

does this mean my battery health should be twice as good as my XS?

why they don’t buy dedicated numbers for their shows to be used as another form of advertising is beyond me, like GTA5 in game websites.

because it’s in Korea?

up a creek's comment on Netflix will edit phone numbers out of Squid Game following prank calls ,

and this doubt is based on… what exactly? a gut feeling?

The army of idevices hunting for it is a really clever solution but also quite creepy too. Feels like there some privacy issues there.

This has been covered extensively in the past, but from this Wired article:

In fact, Find My’s cryptography goes one step further than that, denying even Apple itself the ability to learn a user’s locations based on their Bluetooth beacons. That would represent a privacy improvement over Apple’s older tools like Find My iPhone and Find Friends, which don’t offer such safeguards against Apple learning your location.

Here’s how the new system works, as Apple describes it, step by step:

* When you first set up Find My on your Apple devices—and Apple confirmed you do need at least two devices for this feature to work—it generates an unguessable private key that’s shared on all those devices via end-to-end encrypted communication, so that only those machines possess the key.

* Each device also generates a public key. As in other public key encryption setups, this public key can be used to encrypt data such that no one can decrypt it without the corresponding private key, in this case the one stored on all your Apple devices. This is the "beacon" that your devices will broadcast out via Bluetooth to nearby devices.

* That public key frequently changes, "rotating" periodically to a new number. Thanks to some mathematical magic, that new number doesn’t correlate with previous versions of the public key, but it still retains its ability to encrypt data such that only your devices can decrypt it. Apple refused to say just how often the key rotates. But every time it does, the change makes it that much harder for anyone to use your Bluetooth beacons to track your movements.

* Say someone steals your MacBook. Even if the thief carries it around closed and disconnected from the internet, your laptop will emit its rotating public key via Bluetooth. A nearby stranger’s iPhone, with no interaction from its owner, will pick up the signal, check its own location, and encrypt that location data using the public key it picked up from the laptop. The public key doesn’t contain any identifying information, and since it frequently rotates, the stranger’s iPhone can’t link the laptop to its prior locations either.

* The stranger’s iPhone then uploads two things to Apple’s server: The encrypted location, and a hash of the laptop’s public key, which will serve as an identifier. Since Apple doesn’t have the private key, it can’t decrypt the location.

* When you want to find your stolen laptop, you turn to your second Apple device—let’s say an iPad—which contains both the same private key as the laptop and has generated the same series of rotating public keys. When you tap a button to find your laptop, the iPad uploads the same hash of the public key to Apple as an identifier, so that Apple can search through its millions upon millions of stored encrypted locations, and find the matching hash. One complicating factor is that iPad’s hash of the public key won’t be the same as the one from your stolen laptop, since the public key has likely rotated many times since the stranger’s iPhone picked it up. Apple didn’t quite explain how this works. But Johns Hopkins’ Green points out that the iPad could upload a series of hashes of all its previous public keys, so that Apple could sort through them to pull out the previous location where the laptop was spotted.

* Apple returns the encrypted location of the laptop to your iPad, which can use its private key to decrypt it and tell you the laptop’s last known location. Meanwhile, Apple has never seen the decrypted location, and since hashing functions are designed to be irreversible, it can’t even use the hashed public keys to collect any information about where the device has been.

it doesn’t need it but it should have it.

Nintendo has always been at least half a generation (for lack of a better phrase) behind when it comes to power of their consoles which, sure when it comes to playing on a handheld that’s fine but it’s time they start at least getting close to the current gen consoles at the time from Sony and Microsoft.

I love Nintendo but the Switch is the first home console (portability aside) I haven’t bought of theirs since the N64.

Now that I’ve recently bought a 75" 4K TV, a Switch isn’t even on my radar. Yes upscaling is a thing but I want to make the most of my TV while also enjoying the games I play. Plus, the WiiU burnt me with its lack of gusto from Nintendo and third party developers.

No app is being killed here or shut down.

I don’t agree with the failed product sentiment, but they sure do love killing off services/apps

Cuptapus's comment on Nintendo Direct: the biggest announcements and trailers,