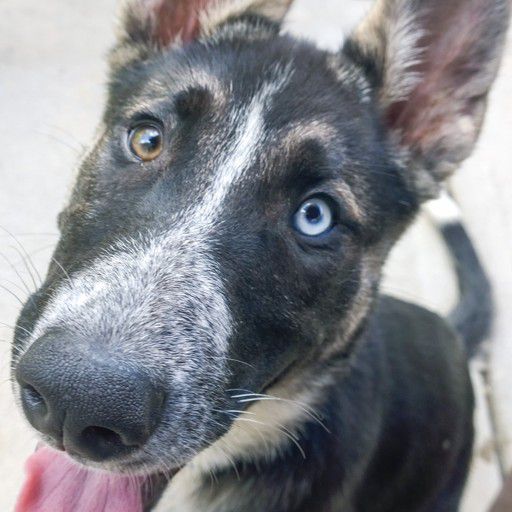 So… I think really highly of a lot of MS products. Office has been really good for me for like a decade plus, OneNote was my app of choice for close to 20 years at this point. I’ve been an Xbox fan since the hideously oversized controllers- I looked at it like the spiritual successor to the Dreamcast. I think Game Pass is maybe their best initiative in the consumer space ever. My Surface Pro [2017 model] is still one of my favorite computers ever.

All that said, they need a team like this, but focused on directing their product efforts. Re-starting Windows Phone three different times was a huge mistake, rivaled only by their decision to scrap it, rather than making the transition to Android years earlier.

Pulling their punches on the Xbox One hardware, and then doing the worst job ever of explaining it was a catastrophic misstep.

The Windows 7-8-10 transitions were a huge mess, and mostly left things in a worst-of-all-possible scenarios, only complicated by Windows 11, which, according to them several years ago, should not exist [funny that they went Mac UI kind of while running from the macOS numbering scheme], and which had terrible initial PR with the upgrade debacle, and just does not make sense next to the previous 20 years of MS design language.

The most frustrating part of the experience, by far, though, is the way they segregate different types of user accounts. For years, it was nigh impossible to share a OneNote notebook from a personal account to a business account and vice versa. Now, when you stage a PC, they demand you use a Windows account, but no- not that one. Teams- can I sign into it? Who knows. Hosted Exchange? Grats- using virtually any modern services to hook into it is going to be a nightmare.

Another thing that sucked is their closing the retail stores. Even if they lost money, it was powerful advertising, and a chance to reach consumers directly.

Oh well- they’re not going to shrivel up and die, but it would be great if they gave more respect to the vast numbers of talented people who work at MS by directing their efforts to things tat are genuinely help to people’s live.

Nothing is easy at this level, otherwise we’d all be using perfect services. That said, MS has always felt to me like the kid that’s more worried about winning the affections of the kid that picks on them, rather than being decent to the friends they already have.

The Series S is more performant than the vast majority of PC’s on the Steam Hardware Survey, and holds the advantages of lower system overhead and a fixed configuration.

For years, I’ve heard ‘gamers’ talk about how gameplay is more important than graphics, and we’ve finally reached a point where the most played games are the leaders because of their gameplay, and they reach huge audiences because of their ability to run well on modest hardware… And now, that’s a negative?

The continued convergence of PC and console gaming, the increased baseline graphical competence of consoles, and the fact that visually mediocre games that focus on gameplay and hardware inclusivity should all be heralded as fantastic developments.

There’s nothing wrong with there being games built to show off what a $1,000+ graphics card, 64GB of RAM, and an i9 are capable of, but it is a fantastic thing that we can get an amazing experience out of a $800 PC or a $300 console.

Sure, but that’s not the reality for a huge chunk of PC gamers.

Where are the games that are going to push people to upgrade?

The graphical showcases, from an hours-played standpoint, are no longer the mainstream drivers of gaming.

hmlong's comment on Disney Plus and Hulu are getting steep price hikes,

MacOS is targetted towards a luxury brand. For me, a computer is a utility, it’s not critical for me to show off my "status" to others. The whole thing where its a status symbol is disgusting to me.

I think you’re wrapped up in your own narrative. You can buy an M1 Macbook Air for $900, and it is pretty much the ultimate utility laptop.

TakuaTheChronicler's comment on Microsoft celebrates 15 years of OneDrive with a redesign and new features,

I much prefer the Duo to any of the true folding varieties; This would be a pure productivity device for me, so I would basically never use both screens to view one thing- it would always be doing something on one screen while referencing something on the other screen.

That said, an iPad Mini with Apple Pencil support kind of kills this whole concept.

I’m not even sure I’m going to keep a phone after this cycle; I might just port my number over to Zoom and keep a data contract somewhere.

I doubt it’s an arbitrary clock speed decrease- it’s likely binned parts for the Series X that allows them to capitalize on overall yield.

cupcakezealot's comment on Tesla’s Cybertruck is going to be more expensive than originally planned,

PointyThings's comment on Tesla’s Cybertruck is going to be more expensive than originally planned,

commented on Tesla’s Cybertruck is going to be more expensive than originally planned, Aug 8, 2022, 11:02pm EDT

commented on Tesla’s Cybertruck is going to be more expensive than originally planned, Aug 8, 2022, 10:57pm EDT

How many trucks will Tesla ship this year?

commented on Tesla’s Cybertruck is going to be more expensive than originally planned, Aug 8, 2022, 10:56pm EDT

FriendlyNeighborhoodPoolman's comment on Tesla’s Cybertruck is going to be more expensive than originally planned,

The most common GPU on the Steam Survey is a GTX 1060, which is commonly sold in a 3GB configuration. Pair that w/ a system running 8GB, and you

I was at our county fair this weekend… Sticker price on a quad-cab Ford F150 Lightning is $41K.

Tesla is on its’ way out unless they get way, way better.

commented on Tesla’s Cybertruck is going to be more expensive than originally planned, Aug 5, 2022, 11:38am EDT

rarel's comment on Tesla’s Cybertruck is going to be more expensive than originally planned,

I had to trade mine in when I got a new job that was ~65 miles from my house.

I was going to get a used Bolt, but they were on recall for months, so I ended up going ICE w/ a new Buick Encore GX, which is super nice for the price.

My plan is to hold on to the Encore until I can pony up for my ultimate nerd dad ride- the electric VW van that’s on the way.

Part of it is just because I’m old, and part of it is because I have a daughter who is about to turn 2, but the constant supply issues faced by this generation of consoles has led me to just not caring much about buying any of them.

Add in the total lack of anything that uses the top-end version of either console in a way that is truly mind-blowing, and I might actually get a good deal on these systems when I eventually buy them

There will be current-gen exclusive games that will outright skip Xbox consoles because of the Series S (PS5 + PC releases).

How would they hit PC? There will be tons of PC’s that don’t have 8GB of video memory available. If you can release a game on PC, there’s no reason that it can’t be scaled for a Series S.

HelplmChoking's comment on HBO Max will be replaced next year by a new service combined with Discovery Plus,

KingThrillgore's comment on HBO Max will be replaced next year by a new service combined with Discovery Plus,

MiggityMikeB's comment on HBO Max will be replaced next year by a new service combined with Discovery Plus,