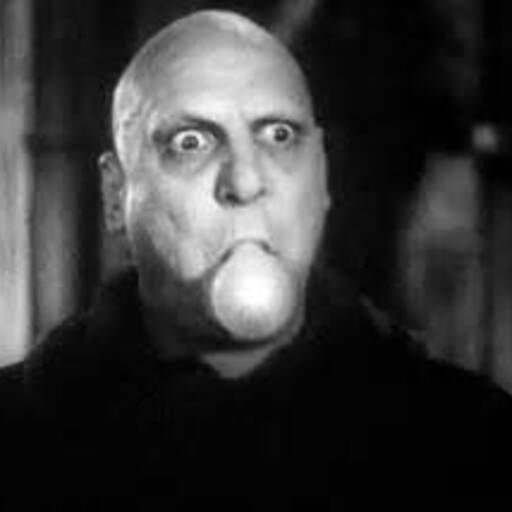 Entegy's comment on Windows 11 is getting a new Media Player app you can test today,

I will argue until I can’t that the Zune software was leaps and bounds better than anything in the market at that time. I also had several devices which I also loved, but like many MS consumer offerings it just never caught on, or was discontinued too early. Zune, WinPhone, Cortana Smart Speaker, Kinect and I am sure I am missing like 10 others…

pgiguere1's comment on Windows 11 is getting a new Media Player app you can test today,

OK, I chuckled out loud at that

I disagree completely. I am in the MDM business and Windows is brain dead easy to manage and has much more granular controls to help secure the device and the data more importantly!

Chromebooks are a spyware browser running on cheap hardware….

I am in the MDM business and Windows can be managed by just about any MDM solution (including Microsoft’s offering of Intune) and Chromebooks doesn’t have the same level of indrustry support due to Google not opening the management API’s to everyone, like Microsoft.

Sounds familar? Google did the same thing to try and kill Windows Phones, which are of course dead, but a Chromebook is not easier to manage than a Windows machine. Chromebooks are a spyware browser on cheap hardware, Windows is a full blown OS…

You do realize that the quote came from the author of the story and not a Microsoft exec. Anyone assuming that Microsoft wasn’t aware of Chromebooks or why they took off in EDU is sorely mistaken…

HouseOfPwns's comment on ‘Sideloading is a cyber criminal’s best friend,’ according to Apple’s software chief,

This wins the Internet today!

Marc Riel's comment on ‘Sideloading is a cyber criminal’s best friend,’ according to Apple’s software chief,

ench's comment on ‘Sideloading is a cyber criminal’s best friend,’ according to Apple’s software chief,

I would also add though that there are apps that are on the store, that have actually been reported by this site that are purposefully scamming and siphoning money from users that Apple seems to be ignoring, probably because they are making money themselves from such apps.

Apple is far from being altruistic here as their goal is to lock you into their ecosystem and feed their users FUD that anything outside of their walled garden is all ‘bad and evil’.

Industar-61's comment on ‘Sideloading is a cyber criminal’s best friend,’ according to Apple’s software chief,

If you want to use iOS you are being forced to use their store, period.

Please look up the definition of the word forced. No one said anyone is forced to purchase an iPhone, but when you do, there go your choices…

Good post. I am in the MDM business but I don’t have a lot of pen test experience personally, but an iPhone can be rooted/JB’d almost as easily as and Android can. Neither effort would be feasible by the layman, but your comment about AV is interesting.

For whatever reason (and I have been unable to find public docs on this), iOS does not allow for AV/Malware scans on the platform. Would you happen to know why that is?

AV software is only as good as who wrote it. Most MDM solutions offer native root/JB detection, so I would both platforms on an equal footing in that respect, except for the inability to run scans on iOS.

I think most of what Craig says in this article is pure BS and I simply don’t believe any exec at Apple. Controlling the entire software distribution chain for a platform, and then forcing a 30% tax on said distribution chain is the textbook definition of monopoly abuse. Add to that if you want to develop for iOS it can ONLY be done on a Mac, and you also must use Apple’s tools and of course pay an annual fee, but those facts often get swept under the rug by Apple defenders, and if you are a regular here, we all know who those are, and I expect to see their names when I scroll down after posting this!

buddy007's comment on ‘Sideloading is a cyber criminal’s best friend,’ according to Apple’s software chief,

バード's comment on Microsoft Loop is a new Office app for the hybrid work era,

Anyone trusting Google with data is an idiot, even on the commercial side given their lack of ethics and their pathetic business model.

Add to that it takes years to get things like Fedramp High, IL4, IL5, TS, Common Criteria and a swath of other required accreditations to be able to even handle unclassified data.

Microsoft has the most comprehensive offerings across the board including the apps for Office data, a hybrid solution with Azure stack etc. This is why whiners like Amazon have sued because they know they can’t compete with what MS has…

Google could disappear tomorrow and the world would be a better place for it!

Well, I would argue that Meta and Alphabet are the ones ‘throwing something at the wall’ since Meta had the Oculus device but it was a solo experience with the ability to join "rooms" with Facebook friends. Basically a poor mans Second Life. Alphabet and Apple have nothing, and for Apple, not even a product announcement.

Microsoft has had the Hololens as a device with many applications within AR, which is basically the world around you supplemented with AR objects that one could argue is a "Metaverse" (I concur with others here that this is going to be the next "cloud" buzzword…) They also demonstrated Minecraft in a similar fashion, and Flight Sim allows you to fly anywhere in the world with real time weather and maps. Halo is now what is called an ‘open world’ game which I am sure will evolve similar to the other titles I mentioned.

I truly don’t understand Facebook’s vision especially since they make like 98% of their revenue from ad sales. Who is going to buy a $500 headset only to strap it on and see ads all over this ‘Metaverse’???

Still the ugliest thing in tech. I can’t believe people pay so much for these ugly things when there are more attractive alternatives at a fraction of the cost.