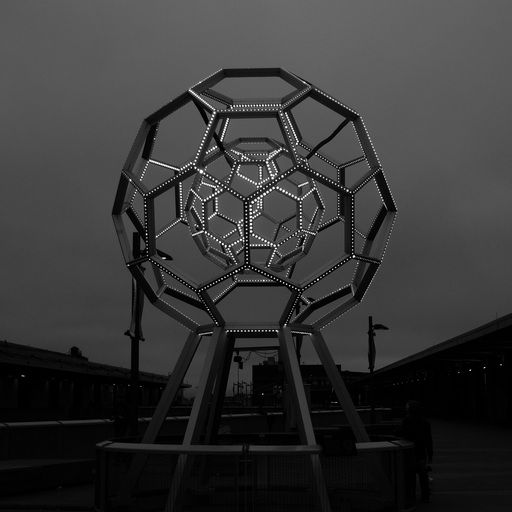 beep. beep. i drive the bus.

Boeing and Airbus don’t make engines. They buy engines from CFM, Rolls-Royce, GE, and Pratt & Whitney. Often times an airframe will be designed with compatibility for two engines in mind from different manufacturers so they are interchangable. It has been 50+ years now since someone even tried to design a supersonic engine for use in a commercial airliner… or even for use in a bomber for that matter.

If there was an engine planned you’d know about it because it would be big news. It seems like they have tapped Rolls-Royce for what is essentially concept work. No one is building a whole new kind of engine for 40 or 60 planes, let alone one that will be ready in two years. Maybe with 1,000 orders and an engine that can be pulled from a supersonic bomber.

Most jets have an engine (or two) in mind. In this case you have a jet with no engine. There are only four companies that really even make jet engines for large commercial aircraft. No one makes an engine like this (at least that I’m aware of).

I was under the impression that they have yet to find a partner to make an engine. Has that changed? Are they really going out and selling an aircraft that does not yet exist, with no engine even planned? I don’t think a, "memorandum of understanding," is going to make an engine appear.

I actually found that there are some older Intel machines with TB ports that can also run 5K/60 (albeit 8-bit only), although it’s undocumented. I have an 8th Gen Intel Core Dell notebook with an Intel 620 IGP that actually runs 5K/60 via the TB port. I presume it uses the same trick that Apple uses binding two DP1.2 interfaces.

Depends what refresh rates we are talking about. The difference between 30 and 60 is pretty dramatic, even in simple web browsing. DP1.2 only supported 30Hz above UHD.

A lot of it had to do with DisplayPort and its inability to handle high resolutions. You do not get true, universal, 5K/60 support until DP2.0.

Still, is is amazing that more companies did not try to innovate around this like how Apple did.

I DO NOT understand how people are able to use these kinds of displays anymore. I got an LG Ultrafine back in 2019 and there was no going back. I had put off external displays for such a long time because most of them were so bad. Even looking at a 20-22 inch 1440p bothers me now. And the LG Ultrafine has all sorts of problems, but it is actually the cheapest solution. It is amazing to me that in 2022, when pretty much every tablet or handled is 200PPI or greater, there are a grand total of like five options for desktop displays above 180PPI. It feels like 2160p 27 inch displays are only now becoming mainstream and that feels like tech that is already 5 years old.

Even for gaming, I would think, you would be better off at pixel doubling from a common resolution like 1440p.

A move from a proof of wasted energy model to a the rich get richer, but programmatically model.

… and that was with 16 minutes of ads per hour. That’s more than 25% of your time watching ads. The average person would spend and HOUR OR MORE every day watching ads back in 2000. And if you wanted to change your cable package? Wait on hold for 20-30 minutes, then spend another 10 while they try to upsell you. Then maybe get told you need a new cable box for receiver for

It’s so much better. And still cheaper than cable.

Still under $100 and that gives you a library to choose from that is basically everything with close to zero ads. It’s a dream. Get board of a channel? Just cancel it. Reactivate it when there is something that you want to watch. If you are in the Apple ecosystem you can do it all through the subscriptions tab in your account. Literally five taps to activate/deactivate any subscription.

I haven’t had cable or satellite in 20 years, but I do remember that, even in 2000 dollars, they were charging $100 or more for premium and deluxe channel subscriptions

You can put a password on any Yubikey. In some cases it’s actually required. It’s usually a PIN where after a certain number of wrong attempts it wipes the key.

You can just get a USB-A hub for legacy devices and connect that to one TB port.

I find it a pain in the ass having to have USB-A hubs because there still is not a USB-C hub that has enough ports for an actual desktop setup.

A more durable watch seems unnecessary. The base model watch is durable enough and the reality is you are either going to need or want to replace this every 2-3 years.

Longer battery life is what this really needs. Or a better, more flexible, low power mode.

TL;DR In the US it must by clear that the gun is fake. Elsewhere they can look, feel, and even cycle as if they were real.

It’s amazing that most people don’t get this. The outrage is so outsized from reality, and over a $20/month expense. Like… what?!?!

Netflix’s biggest mistake was talking about it. They could have done this silently in the background and most people wouldn’t have even known. Maybe there would have been a few posts from people who share Netflix accounts with friends getting signed out and people would have just been like, "Guess Netflix is cracking down on sharing logins."

commented on Netflix subscriber count in the US and Canada dropped by 1.3 million over the last three months, Jul 19, 2022, 6:13pm EDT

commented on Netflix subscriber count in the US and Canada dropped by 1.3 million over the last three months, Jul 19, 2022, 5:40pm EDT

In Japan, where guns are almost completely banned, toy replica guns are not. Many countries that ban guns have robust toy replica gun industries that make toys which look, feel, and operate like real guns so that kids can effectively play "American Solider" or "American Policeman". These toys are straight up BANNED in the US.

I single out Japan because they have the most robust replica gun market, but it’s popular in other countries where guns are banned too. Seriously though, check out Japanese airsoft or modelguns. It’s wild. https://airsoft-shop-japan.com/modelguns/