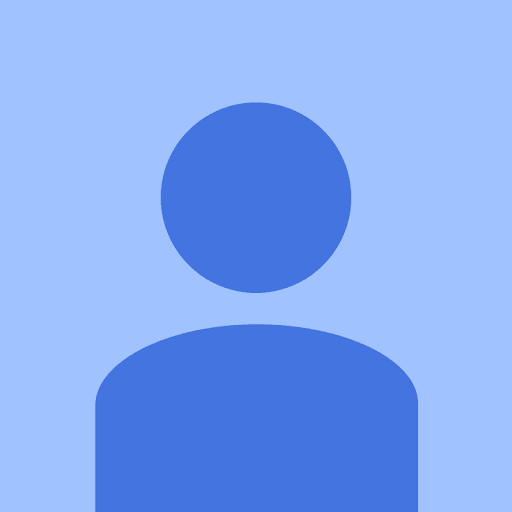 sizer's comment on EA and Koei Tecmo are partnering on ‘the next great hunting game’,

TakuaTheChronicler's comment on Intel says one of its 13th Gen CPUs will hit 6GHz out of the box,

Finally maybe people can play EverQuest 2 the way it was intended.

(if memory serves, they built it with the expectation that Ghz would continue to go up but around that type, CPU manufacturers started going horizontal with more cores. So you could have a top of the line PC at the time and it still feel like you were playing it on a 10 year old PC)

Glavata's comment on Comcast says 2-gig speeds are rolling out now to ‘millions’,

jake-the-bear's comment on Let me watch TV on the Apple Watch Ultra,

Mitch889's comment on Let me watch TV on the Apple Watch Ultra,

MrEdofCourse's comment on Let me watch TV on the Apple Watch Ultra,

you’ll need to wait for the foldable display Apple Watch. Then it comes.

hell. I watched movies on the iPod Video when travelling. Wasn’t perfect but was good for the time.

Only thing that sucked about it was that it would freeze and couldn’t turn it off so had to let the power drain and then recharge it again.

I’ve never used AppleCare but I bought it on all my devices. Probably a waste, but it was one of the main reasons I switched way back when and I’m not anxious about much, but damaging tech is one of them (hi my OLED TV that I absolutely kid glove for fear of burn in).

Diablo Immortal was always a mobile game ("do you guys not have phones?"). PC F2P games like Fortnite, Apex, Path of Exile, etc. aren’t as predatory usually (Lost Ark if you want to progress as quickly as possible does have a certain level of ‘let me buy honing materials via cash shop’ to it). And I’d imagine they’ll try to keep similar to Fortnite/Apex/CoD:Warzone.

Doesn’t read like that: there doesn’t appear to be an ‘or’ here. Reads like you get new characters via the free track of the battle pass (so through gameplay and battle pass, just not the paid tier). Likely the reason they changed the Kiriko bit was because that pack’s premium battle pass doesn’t get them for you (and because maybe it was spoilery).

Now the question is how do you get heroes if you skipped a season. If you missed season 1, what is the method to unlock Kiriko? Is it a currency system like they currently have for picking up unlocks that you didn’t get from boxes? Do you have to pay for a skin for that character which also unlocks the base (believe this is popular with MOBAs)? Time will tell I guess.

As Overwatch is now, new heroes are often considerably more powerful (i.e., busted) and therefore dominate all levels of play, especially at the highest competitive tiers. It’s a bit like rock, paper, scissors. When the support hero Brigitte was added, she was the rock to Tracer’s paper.

I’d kind of checked out a bit around the time Brigitte came in so I don’t know who she’s weak/strong against, but this seems weirdly written.

Sentence 1: when new heroes were added, they were brokenly powerful
Sentence 3: When Brigitte was added, Tracer destroys Brigitte

Or was it intended for Tracer to be scissors? Paper beats rock.

really miss their Blade UI. I’d prefer some box art to scroll through, but if they could’ve made it work in the blade UI, that’d be ideal.

You didn’t say otherwise, no, but you’re apples/oranges-ing MLB The Show and Destiny vs whatever Microsoft decides to do with CoD. MLB the Show’s cross platform requirement came from the entity giving the license (MLB). Destiny’s future generation cross platform availability being Sony’s decision to make. As opposed to Microsoft better be regulated to provide CoD to future PlayStation generations?

They’ve actually said the opposite. They’ve clearly stated existing and future titles will be multiplatform.

Their choice. Doesn’t mean anyone else has to abide by it. Just like it is their choice not to make Spiderman available to Marvel’s Avengers players on other platforms and their various first party games that MLB didn’t require available on Xbox.

This is what Sony is arguing against because it shouldn’t be within their right to do that. If you spend even a second looking at sales figures you will see how dominant COD is year in year out. There is a valid argument to be made that Microsoft could have a potential monopoly on their hand if they are given free reign over Activision Blizzards library. If this weren’t the case why is this deal more scrutinized by regulators and Sony than deals past?

Would imagine it is being scrutinized by regulators due to the size of the purchase.

I’d imagine when it is all said and done those games will still be available on PlayStation, but Microsoft is leaving open the possibility of making that not the case which, again, would be within their right as owners of it. My guess is Sony is really just concerned that it’ll end up on Game Pass, cannibalizing sales of it on PlayStation and making it less of a console mover for them, even if it remains available on PlayStation.

Ponk's comment on Sony says Microsoft’s Call of Duty offer was ‘inadequate on many levels’,

Chally's comment on Sony says Microsoft’s Call of Duty offer was ‘inadequate on many levels’,

yeah, I brainfarted while looking at the graphic because I see the iPhone 14 that they just announced a Max of, see the 2 superimposed and when seeing the iPhone 13 the models are blacked out (to focus on the 14/14 Pro lines) so I couldn’t tell the size difference when watching it on YouTube and I forgot there was no Max and the ‘big brother’ is iPhone 13 proper and the smaller variant is the Mini.

MLB’s requirement for Sony to maintain the MLB license called for it to be multiplatform, not regulators.

Destiny was available on Xbox prior to Sony acquiring Bungie. I’d expect them to maintain support for the Xbox releases that are currently available. However, if they said that they won’t release on Xbox beyond the Xbox One/Xbox Series generations, hey, that’s fine. And they don’t have to maintain support for Xbox One and later Xbox Series forever either (look at FFXIV and other games where support for previous consoles was dropped at a certain point because the devices couldn’t keep up with where they were pushing the game).

Microsoft is effectively saying that CoD will continue to be available for the life of PS5 which is the correct thing to do: if someone bought a PS5 expecting to play CoD on it, that would be a pretty dickish thing to yank (even if reasonably within their rights). Then when next generation rolls around and if Microsoft says it’ll only be available on Xbox Series successor + PC, gamers can factor that in when deciding between buying a PS6 or the XS successor.

Chally's comment on Sony says Microsoft’s Call of Duty offer was ‘inadequate on many levels’,

NeedUsername's comment on Sony says Microsoft’s Call of Duty offer was ‘inadequate on many levels’,

the graphic they showed made it seem like iPhone 12 and iPhone 13 were priced the same, the reality is that there is actually a $100 dollar difference, they just made a claim that iPhone 13 starts at $599 which it is the iPhone 13 mini that starts at $599.

this is tempting in and of itself, but I was really hoping the Pro would have USB-C. I imagine there are people who are fine with having various cables on them whereas I’d prefer to reduce them.

I wouldn’t say "fuck dynamic island, give me USB-C" but it is definitely up there in practical features that’d be great to have.

Kind of wish the dynamic island would be added to iPad as a software feature (that can be turned on or off). Really liked the ability to switch music by long pressing it while staying within the app you’re in (I guess there’d be other examples, such as seeing the timer without having to go to notifications to see).